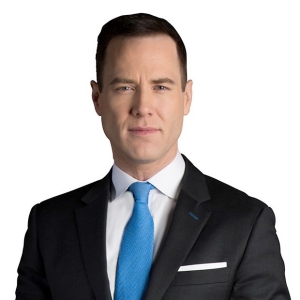 From 9/11 in New York to the Sochi Olympics in Russia, the election of Pope Francis in Rome and the inauguration of Donald Trump in Washington, Todd van der Heyden has been on location for world-changing events throughout his career.

Van der Heyden spent 12 years at CTV Montreal both as a reporter and co-anchor of the station’s flagship weekday newscasts, winning accolades for his hard-hitting investigative reporting, including three RTDNA awards and one CAB award.

Though he now regularly interviews people shaping history in Canada and around the globe as an anchor on CTV News Channel, his smaller, local stories also speak volumes about the human experience.

“I did a story about someone who wrote poetry in chalk on the sidewalk of Ste-Catherine Street and people would stop to watch. I had a lot of fun reporting on these little pieces of life in Montreal that make the city what it is,” he says.

I was a pretty new reporter and it helped shape my understanding of geopolitics and how one event can have a massive impact on the world.

It also taught me the power of television, by showing and telling the stories of what people were going through in the middle of this catastrophic international story.”

“Concordia offers truly unique courses. The lecturers who taught me were also encouraging and helped build my confidence as a journalist.”

The importance of advocacy

“I'm gay and I've been out for many years. I have always been very passionate about trying to help the LGBTQ+ community and feel a responsibility to be vocal about my orientation.

I speak to community organizations such as Rainbow Railroad and The 519 community centre in Toronto, and also give presentations at high schools.”

Interests outside of work

“I'm a huge sci-fi and comic-book fan. When I was 12, I went to my first comic bookstore on Décarie Boulevard in Montreal, and have been a massive collector ever since.”

“I love my children equally.”