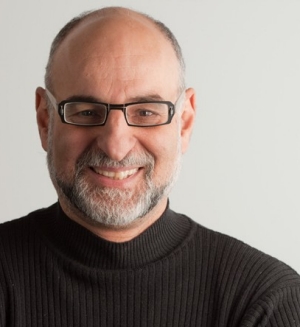 Alvin Wasserman: “Concordia marked a new kind of learning for me. And it’s where I met Cathy.”

Just do it. Good to the last drop. Because you’re worth it.

The best ad slogans are evocative, simple and anchor marketing campaigns that last for decades.

This was the kind of magic Tourism BC was hoping for when it enlisted Canada’s largest agency, McKim, to boost the province’s profile in 1978.

Later, when McKim needed to take the campaign to another level, they turned to a newly formed creative team, which included a Department of English graduate who moved to Vancouver after Quebec’s first independence referendum.

“McKim’s reputation — and mine — was built on the success of ‘Super, Natural,’” says Alvin Wasserman, BA 74, who worked on the campaign as a senior copywriter and then creative director. “That’s why my name was worth something when I started my own agency.” 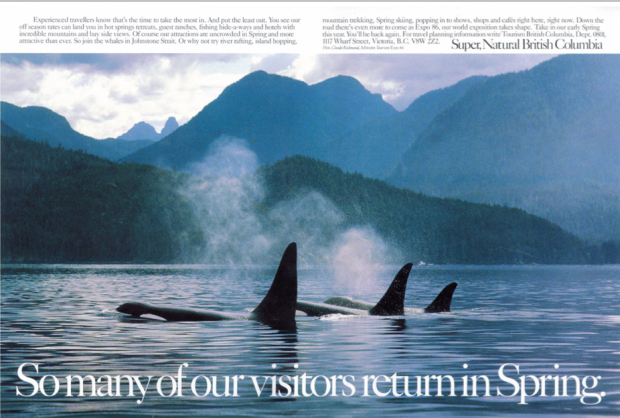 “McKim’s reputation — and mine — was built on the success of ‘Super, Natural,’” says Alvin Wasserman.

‘Hire people who are better than you’

Fuelled by its founder’s penchant for sharp writing and ability to thrive in nervy pitch sessions, that agency, Wasserman, would end up devising some memorable campaigns of its own, from credit union Vancity’s “Make Good Money” to Whistler Blackcomb’s “Go to Heaven, Ski Like Hell.”

“If I got a dime for every T-shirt and bumper sticker they sold with that slogan I’d be a multimillionaire,” laughs Wasserman.

At age 70, the veteran adman serves more of a consigliere role with his company now.

That’s by design, says Wasserman, whose volunteer commitments include active roles with the Jewish Federation as well as the Jewish Community Centre of Greater Vancouver, where he serves as president.

“In order for an entity to grow, you have to separate yourself at some point. The credibility of my agency would be hurt if I remained on as creative director. So I weaned myself off the account work and make strategic use of my time behind the scenes.

“I also made an effort to hire people who were better than me, pay them well and give them a stake in the business. Take something off your pile and put it on their pile. That’s what I tell people I mentor. And that’s made all the difference.”

‘I knew I was going to write television’ 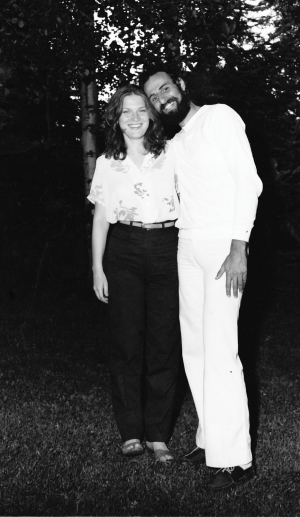 Alvin Wasserman and Cathy Moss met as English majors at Concordia in the mid-1970s.

Wasserman isn’t the only member of his family who found success as a Concordia English major.

Moss, who also created the shows Franny’s Feet and Doggy Day School, got her start in puppet theatre after Concordia and served as a part-time composition instructor at the university.

“We moved to Vancouver and I got a job with the Palmer Jarvis ad agency. They had McDonald’s as a client and they wanted to do a magazine for kids. They hired me to do it and it was a huge hit, with 13 million copies in circulation at one point.

“Then I started working at British Columbia’s Knowledge Network on their magazine and eventually on their TV show called KidsZone. That was it for me. I knew I was going to write television for kids after that.”

Concordia was pivotal for both Wasserman and Moss in more ways than one.

Wasserman wrote for The Concordian and got involved with TV Sir George, the predecessor to Concordia University Television. He enjoyed guest lectures by Buckminster Fuller, concerts by Joni Mitchell, Ellen McIlwaine and the Ville Émard Blues Band, and courses with faculty members like Clark Blaise and Michel Despland.

“Despland taught me how to think critically,” says Wasserman. “It was like flipping a switch. And it was very empowering.”

Moss considered enrolling at McGill. Then she attended an orientation session for a program called Explorations run by professor Scot Gardiner.

“He was so charming and responsive to everybody’s questions. I decided to apply and it was really great. I met some fantastic people. And it was very interdisciplinary.”

Wasserman and Moss were introduced by a mutual friend.

“Not long after I was going up the elevator in the Hall Building — Alvin was coming down,” remembers Moss. “We recognized each other and he indicated that he’d go back up. We found a place to sit and we talked for a long time. Then we started seeing each other a lot. We never stopped that conversation.”

Adds Wasserman: “Concordia was very formative in my life. It marked a new kind of learning for me. And it’s where I met Cathy.”

Wasserman and Moss have two children. Ben, their son, is a doctor in Nanaimo, B.C. (“I don’t know where he went wrong,” jokes Wasserman). Their daughter, meanwhile, is the apple that didn’t fall far from the tree.

Amelia Wasserman, BA 05, is a communication studies graduate who works in television in Australia, where she lives with her husband and 13-month-old daughter. (Wasserman and Moss are hoping to meet their granddaughter for the first time in early 2022). The writer and producer’s resumé includes Survivor, Married at First Sight and CBC’s Still Standing.

Mother and daughter connected at Concordia 25 years after a certain Hall Building meet-cute.

“When Amelia was an undergrad, one of her classes invited me to speak about my career,” says Moss. “The students were so bright and aware and lively. And the transformation of the downtown campus shocked me. I couldn’t believe the change. The university has grown so much.”