Transforming the Canadian North — and the world — through innovation 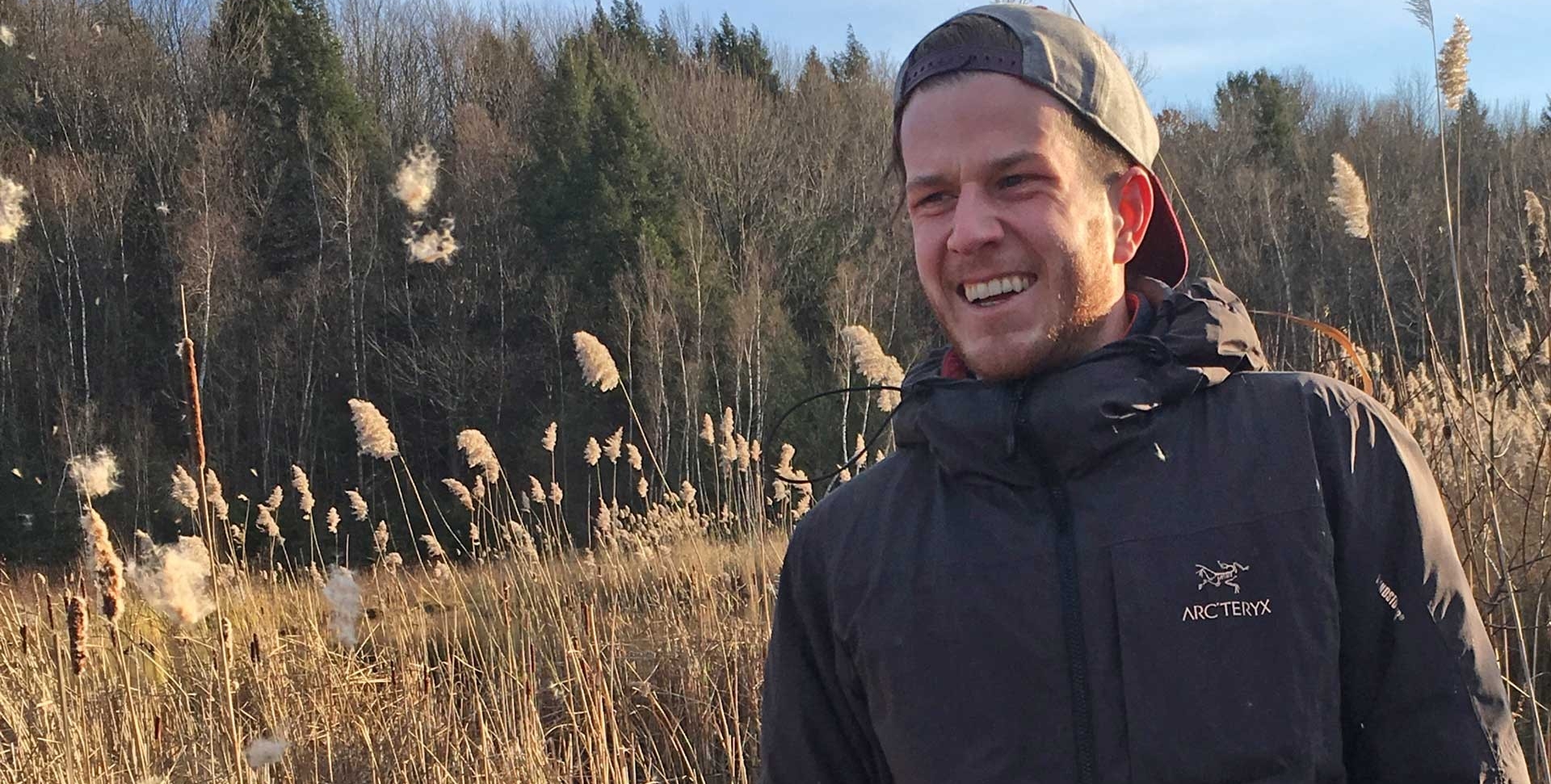 William Gagnon, BEng 17, was recently named one of the Top 30 Under 30 in Sustainability by Corporate Knights magazine.

Within a year of graduating from Gina Cody School of Engineering and Computer Science at Concordia, William Gagnon, BEng 17, helped Montreal’s Technopôle Angus receive LEED ND (Neighbourhood Development) certification, moved to Yellowknife, N.W.T., to work with non-profit Ecology North, was nominated for the Eco Canada Impact Award and was named one of the Top 30 Under 30 in Sustainability by Corporate Knights magazine.

His latest project is the Northern Centre for Sustainability (NCFS). It’s an innovation hub that aims to become the first Living Building — one that generates more energy than it consumes and that reverses climate change — in Canada’s North and the country’s first carbon-negative building.

Pending funding, Gagnon — along with professors from Concordia, McGill University, the University of Alberta and Wilfrid Laurier University, as well as the Yellowknives Dene First Nation and technology partners, and researchers from Scandinavia — will begin on the building’s design in April.

Gagnon decided to pursue engineering after being refused in architecture — or so he thought. “You had to check online, on the portal, to see if you were accepted and I thought they were going to send me an email,” he explains. “When I was two years into my engineering degree, I found out that I actually had been accepted, but I think it was karma and I’m really glad I did building engineering.”

Under the tutelage of Andreas Athienitis, director of Concordia’s Centre for Zero Energy Building Studies (CZEBS), Gagnon became involved in building-integrated photovoltaics with thermal energy recovery (BIPVT), which is an important component of his current project. BIPVT converts solar energy into heating, lighting and electricity, a system first demonstrated on the John Molson building.

He also interned with Athienitis at Concordia’s Solar Simulator-Environmental Chamber, one of the biggest solar research labs in North America.

While at Concordia, Gagnon also participated in two exchange programs, one in Ireland where he studied wind energy for six months and another in Mexico where he learned about bioclimatic architecture, in Spanish, no less.

“At first I wanted to cry and call my mother every day but after two months it started getting better and I was quite surprised with how quickly I learned the language,” he says.

While Gagnon is already quite accomplished, like most ‘Top 30 under 30’ honourees, he’s not content to bask in his accomplishments. He recently completed online graduate classes in sustainable carbon management at the Université du Québec à Chicoutimi. He is now contemplating his next move.

“Right now, what I’m doing isn’t really engineering, it’s more like politics, public relations or advocacy,” he says. “We can solve a lot of problems through engineering, but sometimes the best solutions aren’t mechanical. I think we can have much more leverage for improving our communities through politics.”