‘The most valuable years of my academic career’ 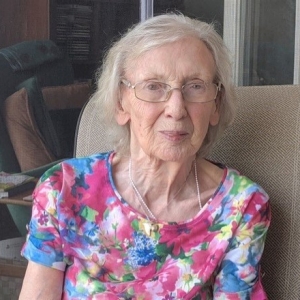 Education was highly regarded in the home in which I grew up.

My parents were Scottish — Scotland had one of the earliest universal and compulsory education systems in the world. It dated back to the 16th-century Scottish Reformation, when it was deemed essential that everyone should read the Bible for themselves.

My mother had been a teacher and my father was an engineer. They settled in Bristol, England, where I was born in 1929. We lived through the Second World War and our city was heavily bombed. I was lucky to attend good schools, and at 18 years of age was awarded a scholarship to Bristol University, where I studied history and was awarded an honours degree. I went on to Oxford University and earned a certificate in education.

I found, however, that teaching was not for me, and I switched to library studies, working in Bristol Public Libraries and taking courses in the evenings. I was married in 1955 and lived in London, enjoying classical music concerts and singing — my main hobbies throughout my life. In 1960 my husband’s company moved us to Montreal, where we led a busy life with three sons and many musical activities.

Once our children were in school, I enrolled at Concordia. Taking one course at a time, I earned a Graduate Diploma in Library Studies and worked part-time as a cataloguer in a public library. In my early 50s, influenced by Betty Friedan’s book The Feminine Mystique, I began to study for a Certificate in Women’s Studies at Concordia’s Simone de Beauvoir Institute. Among my varied courses was a study of women in ancient history and a study of George Eliot’s novel Daniel Deronda, with its fascinating heroine Gwendolen Harleth.

Then, British historian Jo Vellacott joined the faculty at the institute. Her speciality was the history of the British women’s suffrage movement in the early 20th century, and I immediately enrolled in her courses. And so began a relationship that grew through common interests and led to my work as her research assistant and long-time friend.

I look back on this time as the most valuable years of my academic career. My association with my classmates and the faculty at the institute was a revelation to me; I particularly remember Maïr Verthuy, inaugural head of the institute, and psychologist Elizabeth Henrik. My marriage ended around this time, and the support of Jo and some of the students was very helpful to me. (Sadly, Jo died in 2019, and I wrote a tribute to her for Concordia.)

Eight years ago I moved to Kitchener-Waterloo, Ontario, where my eldest son lives; my youngest is also within easy reach. I am happily established in a seniors’ residence, near to two universities, so there are many retired academics among the residents. I write regular articles on a variety of subjects for the resident newsletter. We have come through the pandemic safely, and were all vaccinated on-site.

My family have been a huge support for me, and I see them all regularly. My only granddaughter is engaged to be married next fall, and one of my six grandsons and his partner are planning a wedding in 2023, which all gives me a huge incentive to keep going!

At age 92, I am thankful above all for my devoted family. I am also grateful that my life experience and education have enabled me to make the most of my intellectual abilities. I hope that younger people who have the opportunity to pursue an education will do likewise and enjoy the satisfaction that this brings.