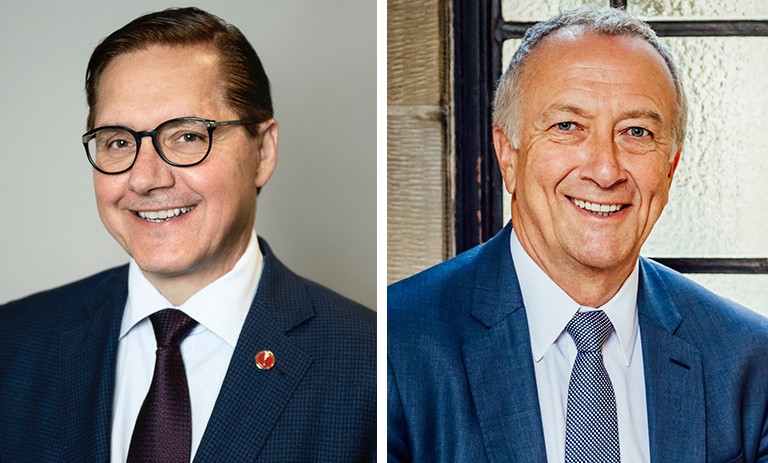 What role does the Canadian Senate play in influencing economic policy?

That’s something Anthony Noce, coordinator of economic policy courses in the Department of Economics of Concordia’s Faculty of Arts and Science, will discuss at a pair of upcoming events.

Noce has invited not one, but two independent Canadian senators for public armchair conversations that he hopes will help his students understand how government policy is made.

Senator Paul Massicotte will speak on the afternoon of November 21, and Senator Tony Loffreda, BComm 85, will appear on January 30, 2023.

“I’ll ask them to explain the role of the Senate, policy-making in Senate committees and what they do,” Noce says. “And, I may challenge them on a few things!”

One of those things might be how “independent” independent senators are.

In 2014, Justin Trudeau, then the leader of the opposition Liberal party of Canada, expelled senators from his parliamentary caucus in order to distance his party from a senate expense scandal. When he became Canadian prime minister in 2015, he changed the method of appointment to the Senate.

Previously, it was at the sole discretion of the prime minister. Now candidates are recommended by the Independent Advisory Board for Senate Appointments, and chosen using the merit-based process open to all Canadians. The board creates a short list from which the leader chooses the appointee.

“If you look at voting records, independents tend to vote overwhelmingly in favour of Liberal legislation,” Noce notes.

Noce is no stranger to the Government of Canada, having worked in economic policy for 12 years for three major federal ministries — Health,  Industry and Fisheries and Oceans. It’s experience he says helped him to get hired by Concordia in 2019.

“I thought, well, I have connections I could use in order to invite those in particular areas of specialty to come in and speak to the class,” Noce recalls.

He held two successful events featuring a lead statistician from Statistics Canada and the assistant secretary of the Expenditure Management Sector of the Treasury Board of Canada Secretariat. Then the COVID-19 pandemic put live events on hold.

Noce says he’s looking forward to shifting to a hybrid event model where people can attend in person or online, with in-person priority given to Noce’s students.

It’s important for them to gain a deeper understanding of the policy world, he adds.

“I want students to understand that it takes thousands of minds to craft policy,” Noce says.

“The models developed in economics or science guide experts in providing their opinions to someone who makes the final decision. That person makes decisions based on your recommendation, so you have to be a well-rounded, educated person.”