Board of Governors notes: June 2022

The Board learns that Concordia’s V1 Studio will receive $600,000 in government funding over the next three years
|
By Howard Bokser 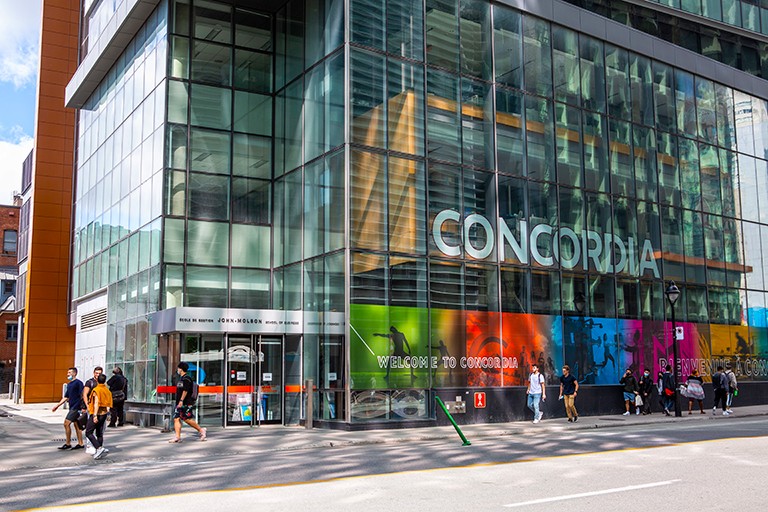 Chair Helen Antoniou welcomed the Board of Governors to its final meeting of the 2021-2022 academic year, held in person and virtually on June 16.

She described the previous week as very exciting, as the university held eight convocation ceremonies, the first in-person convocations since 2019. Antoniou thanked the Board members who attended and encouraged others to do so in future.

Antoniou pointed out that graduates should be especially proud of their accomplishments given that they had to endure the COVID-19 pandemic and pivot to online learning.

The president thanked Stéphanie de Celles, university registrar, and her team for their work in making the ceremonies run smoothly. Eight time slots have been booked in August for convocations for the cohorts who graduated in 2020 and 2021.

On the morning of June 16, Concordia hosted the steering committee of the Partenariat Climat Montréal in the Molson Building. On June 10, the Stingers women’s hockey team players and coaching staff met Montreal Mayor Valérie Plante at City Hall and signed the Book of Champions in recognition of their national championship.

The Molson Building (MB) recently earned a Diamond Distinction from BOMA Quebec, the province’s largest association of commercial property owners and managers; the MB merited the top distinction for universities and laboratory buildings for its emissions decline of between 50 and 90 per cent

The chief scientist of Quebec announced on June 15 that the university’s V1 Studio will receive $600,000 in funding over the next three years; V1’s efforts to help PhDs advance their ideas to the market provide an important way of retaining top research and entrepreneurship talent.

Frederica Jacobs, secretary-general and general counsel, explained the revisions to the Policy Regarding Sexual Violence to the Board. The Board approved the new policy in 2020 but changes became necessary due to recently enacted legislation by the Government of Quebec, based on a recommendation made by the human rights commission.

Lisa White, executive director of equity, added that the permanent Standing Committee on Sexual Violence reviewed the changes. The Board approved the revisions.

Find out more about Concordia’s Board of Governors.

Board of Governors Graham Carr