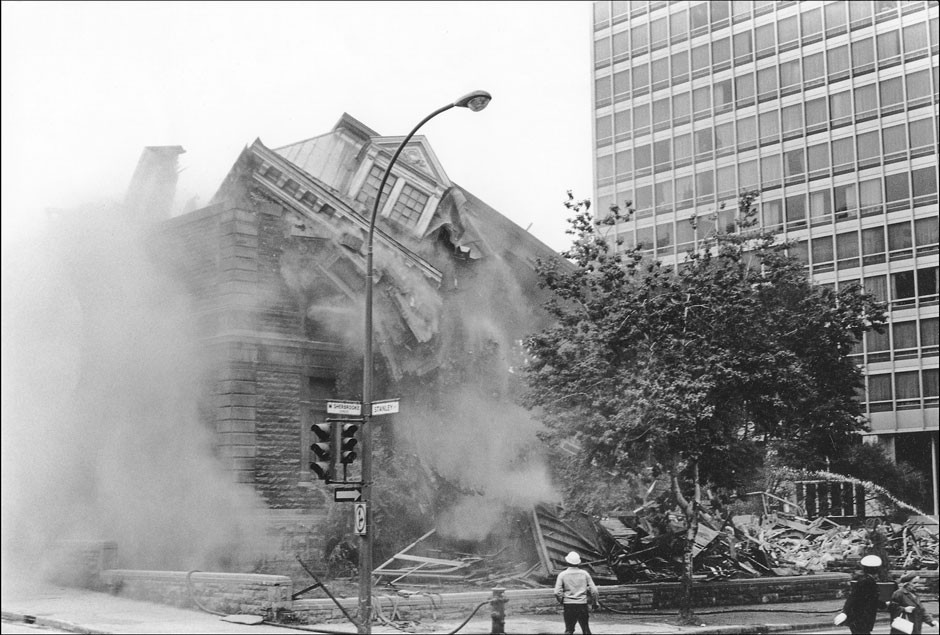 Louise Abbott, The Demolition of the Van Horne Mansion, 8 September 1973. Copyright and collection of Louise Abbott.

This chapter seeks to understand the ideological work performed by three photographs of elite domestic architecture, taken in the early 1970s in the dramatically changing urban landscape of Montreal. The putative subject of these three photographs is the grand domestic architecture of Montreal’s elite Square Mile district in the late-nineteenth and early-twentieth centuries. When the photographers – Louise Abbott, Charles Gurd, and Brian Merrett – shot these three images, however, the buildings in question, and the entire district, were caught in the crosshairs of a remarkably unregulated urban-renewal ethos, and its nemesis: a burgeoning urban-preservation movement. I argue that the photographs discussed in this essay collaborated with rather than simply illustrated the buildings they represented, actively entering into the complex social, economic, political, and architectural histories of their city.