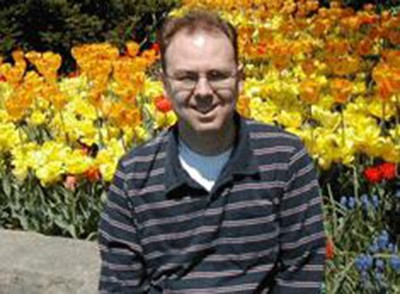 It is with great sadness that we share the news of the passing of our colleague, professor Artem Chneerov (Art Shneyerov). We are shocked and in disbelief by this sudden tragedy. Art was taken away by a heart attack last Tuesday, October 24, at the age of 49.

He received his Ph.D. in Economics from Northwestern University in 2002. He began his academic career at the University of British Columbia and joined the Department of Economics at Concordia University in 2007 as a tenured associate professor. Art had always been a brilliant, cheerful, and supportive colleague to work with.

Being a researcher who was enthusiastic about his work in the fields of game theory, industrial organization and applied econometrics, Art was one of the most productive professors in the department and in our profession. He published excellent and insightful papers on auctions and dynamic games in top journals such as Econometrica and the Journal of Economic Theory.

Art’s work and contribution was well recognized by the university and the broader economics community. He was promoted to full professor in 2014 at Concordia University, and served as an Associate Editor of the International Journal of Industrial Organization since 2009.

Most importantly, Art had always been a supervisor and mentor who provided superior guidance and ample support to his students and junior collaborators. His former Ph.D. students, Adam Chi Leung Wong and Pai Xu, were both granted tenure at Hong Kong universities. His current Ph.D. student at Concordia, Uma Kaplan, was awarded an FRQSC doctoral fellowship in 2015. Their success is inseparable from Art's role as a great friend, supervisor, and collaborator.

He will be greatly missed by all.

Artem Chneerov is survived by his son Alex (14), daughter Veronica (12), and his father Anatoly Shneerov.