Marić at the Lake 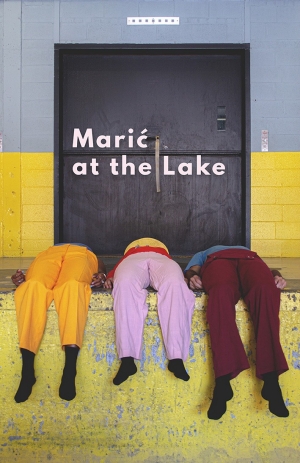 In this devised, image-based creation, we envision a parallel world.

While Einstein is on the beach,

Marić is at the lake. 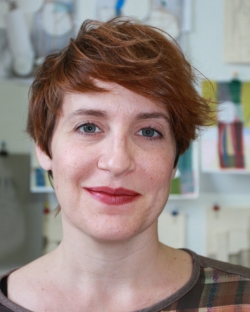 Cathia Pagotto is a designer/director working in theater, dance, film and visual arts. She created and directed the Suspension of Wait trilogy by Landed 2, and directed Woyceck and I'm Too Sad To Tell You, both OSU productions. She has designed lights, sets, and costumes for numerous dance, theatre, and film productions worldwide, including New York, Los Angeles, San Francisco, Istanbul, Portland, Toronto, Turin, and Montreal; among them, Toronto-based Public Recordings' Dance/Songs and Relay; Montreal-based Geordie Productions' Pinocchio and Robin Hood; and L.A.-based Echo Theatre group’s Uncle Vanya and One-Acts. Pagotto has often collaborated as co-director/designer with Chilean artist Marcela Oteiza on numerous projects including 101 Alvarado, an ongoing photonovella, and A Year Ago Today, an adaptation of Anton Chekhov’s Three Sisters, made and performed in the California desert. Her work has been shown at the Harbourfront Center, the Festivale TransAmérique, and the National Arts Centre.

With a background in visual arts and design, Pagotto has been exploring methods of visual narrative for the last 20 years. Inspired by the worlds of dance, silent film, melodrama, and performance art among others, Cathia aims to offer work that is moving, magical, heartfelt, and honest.

In 1999, Pagotto was awarded a full scholarship to attend the California Institute of the Arts in Specialization in Design for the Theatre. During this time, she worked for renowned theatre director and filmmaker Janie Geiser, creating set elements and costumes for puppets used in the projects, and she was design assistant to Broadway set designer, Christopher Barreca.

Upon receiving her MFA from CalArts, Pagotto taught performance theory and design at Oregon State University, USA from 2003-2006, at Concordia University in Montreal since 2008, and at the National Theatre School since 2015. She has also lectured and given workshops at the modern dance conservatory of the Mimar Sinan University in Istanbul, Turkey and at Wesleyan University.

Pagotto received a development grant from the Canada Council for the Arts for the second part of theatre company Landed 2’s The Suspension of Wait trilogy, as well as a production grant from the Quebec Council of Arts and Literature (CALQ) for the first part of the trilogy. She is a four-time META award nominee for Outstanding Costume Design for Geordie Production's Robin Hood (2013); for Outstanding Contribution to the Theatre for Video Design of Sidewalk Chalk (2016); Outstanding Costume Design and Outstanding Set Design for Geordie Productions' Water Weight (2017). Instant, directed by Dean Fleming, and for which Pagotto designed Set, Costumes and internal Lighting, won the 2018 DORA for Best Production for TYA.