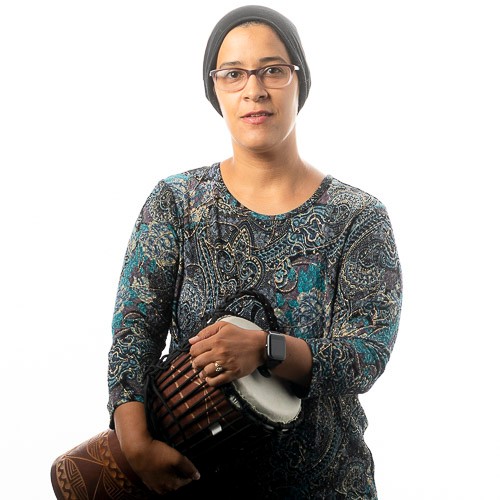 Miranda Crowdus is an assistant professor at the Department of Religions and Cultures. She assumed the directorship of the Institute in January of 2022. Crowdus’ research interests lie at the intersection of ethnomusicology and Jewish Studies. Crowdus’ research specializations, as well as her upbringing in Montreal, and a vested interest in learning about Montreal’s Jewish communities “in their own words” was the motivation for her new research project “The Music of Jewish Montreal” (2022). The project explores connections between musical consumption and practices and their role in strengthening the confidence and cohesion and transcultural practices and potential of minority communities in Canadian urban contexts. Another recently conceived project “Performing the Canadian Jewish Archive” uses material documents as well as experiential encounters linked with the Canadian Jewish Archive as a catalyst for arts-based creations and practices.

Crowdus is also currently working on research on Jewish cultural heritage and cultural sustainability with a particular emphasis on intangible cultural heritage. Using an interdisciplinary framework, her comparative research interrogates the construction of contemporary European and Canadian Jewish Cultural Heritage (JCH) displays, by addressing their assumed notions of temporality and resulting conflicting representations and negotiations of Jewish identities. 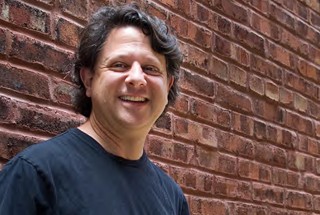 Norman Ravvin is a professor in the Department of Religions and Cultures.  From 1999 through 2012 he was Chair, Canadian Jewish Studies and Director of the Institute for Canadian Jewish Studies.  He is a writer, critic and teacher who specializes in Canadian Jewish literature and history, Holocaust literature, the relationship between the Hebrew Bible and literature, as well as music in various traditions.  He has written on such writers as Philip Roth, Leonard Cohen, Mordecai Richler, Bruno Schulz, Saul Bellow and A.M. Klein.  His scholarly publications include A House of Words: Jewish Writing, Identity, and Memory (McGill-Queen’s) and he is co-editor with Richard Menkis of The Canadian Jewish Studies Reader (Red Deer Press).  His recent novel is The Girl Who Stole Everything (Linda Leith).  He is completing a memoir of Polish Jewish immigration to Canada in the early 1930s, tentatively titled Ten Pictures: An Immigration Story for Our Time.  Ravvin studied at U.B.C. and the University of Toronto, where he completed his Ph.D. in North American Literature and the Holocaust.  He’s a native of Calgary.

Recent Publications in the Field

Dr. Ravvin recently contributed a chapter to David S. Koffman's book "No Better Home? Jews, Canada, and the Sense of Belonging".  For more information, please see the attached flyer.  Norman Ravvin's contribution to the special volume of Canadian Jewish Studies on the Holocaust is "Were I not here to record it, there would be no trace': Patrick Modiano's Dora Bruder and Chava Rosenfarb's 'in the Boxcar.'"

Robinson has edited Cyrus Adler: Selected Letters (2 volumes, 1985), which won the Kenneth Smilen Award for Judaica non-fiction. He has also co-edited The Thought of Maimonides: Philosophical and Legal Studies (1990), An Everyday Miracle: Yiddish Culture in Montreal (1990), The Interaction of Scientific and Judaic Cultures (1994), Renewing Our Days: Montreal Jews in the Twentieth Century(1995), which won a Toronto Jewish Book Award, Juifs et Canadiens Français dans la société Québécoise (2000), and Not Written in Stone: Canadian Jews, Constitutions and Constitutionalism in Canada (2003).

He has published Moses Cordovero's Introduction to Kabbala: An Annotated Translation of His Or Ne'erav (1994). Among his recent books are Rabbis and Their Community: Studies in the Eastern European Orthodox Rabbinate in Montreal, 1896-1930 (2007) which won a J.I. Segal Prize, Translating a Tradition: Studies in American Jewish History (2008), Joseph Margoshes, A World Apart: a Memoir of Jewish Life in Nineteenth Century Galicia (Boston, Academic Studies Press, 2008) (co-translator from Yiddish to English), and Les Communautés juives de Montréal: histoire et enjeux contemporains (Sillery, QC, Septentrion, 2010) (co-editor).

Norman Ravvin was Chair of the Institute for Canadian Jewish Studies from 1999 until the spring of 2012. His work in that period, in collaboration with colleagues and other institutions, included two publishing series, major conferences, new courses, a visiting scholars program, substantial internet presence, fundraising, the creation of a reference library, events focused on both the campus and in the community, as well as further afield in Canada, the United States and Poland.

All of these efforts were focused on raising the stature and influence of Canadian Jewish Studies as a discipline, promoting the work of faculty and students, and asserting Concordia's leadership in this field. As a working writer, he aimed to highlight the contribution and tradition of Canadian Jewish literature. And by bringing many scholars to Montreal, he aimed to create a strong centre in the city of specialists, young and old. Under his guidance the Institute funded students, faculty work, and outside projects that fit the Institute's goals, so the Institute's resources were often available to a wide array of organizations and collaborative projects. The Instititute's goal has been to reach as wide an audience – both academic and popular – as possible, and to serve as a conduit for educational, creative and scholarly projects.