Innovation in Teaching and Learning

We champion curriculum development and change that reflects Concordia’s ambition to be a next-generation university and one of the world’s leading ‘under fifty’ universities.

This includes providing strategic leadership in the development of curriculum innovation; design and delivery of a digital education roadmap; and promotion of inter-institutional learning opportunities for students in Québec, Canada and globally through expanded mobility initiatives, including the development of double-degrees.

In all cases, the Vice-Provost, Innovation in Teaching and Learning, (VPITL) works to position Concordia as a university that provides students with rigorous, engaging academic experiences of world-class standard. 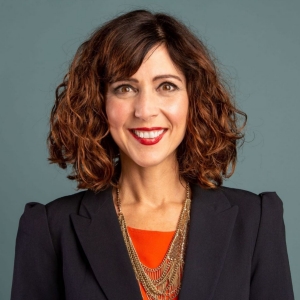 Vice-Provost, Innovation in Teaching and Learning

Her research has primarily focused on the history of newspaper forms, including women’s pages in the nineteenth century, weekend editions in the twentieth century and emergent digital forms, including newsgames. She is a co-editor and co-author of Intersections of Media and Communications: Concepts and Critical Frameworks (Emond Montgomery, 2011).

In addition to researching and designing The Oldest Game, a newsgame on Canada’s sex work laws, she is currently finishing a manuscript on weekend editions in North America, tentatively titled The Sunday Paper, to be published by University of Illinois Press.

Learn more about our Centre for Teaching and Learning