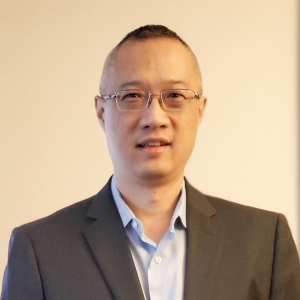 Our increasingly digital world demands a vast supply of equipment to compute, store and transfer data. All this generates a huge amount of heat that can damage crucial and expensive electrical components.

As president and chief executive officer (CEO) of Radian Thermal Products Inc., Sin leads the design and manufacturing of heat sinks — devices that attach to a hot electrical component and draw high temperatures away.

With real estate at a premium all over the world — particularly in California’s Silicon Valley, where Radian is based — companies pack in as many electronics into as small a space as possible. Radian has to design solutions to fit heat sinks in between all the high temperature-generating electronics.

“What's been improving is how thin and small we can make the technology,” says Sin. “At the same time, the amount of power being used just keeps increasing.”

The draw of studying engineering at Concordia

“I've always been a ‘hands-on’ guy, from fixing my motorcycle to being the handyman around the house. It was a natural progression to go into mechanical engineering. I was also influenced by family members who studied engineering a Concordia before me. They strongly encouraged me to go in that direction.”

Finding a home away from home in Montreal

“I’m originally from a small island in the Indian Ocean called Mauritius. The language most people speak at home is a Creole derived from French. The news media is French, and the official language of parliament is English. Essentially, everyone is trilingual — it made Montreal a natural fit. There’s also a big student community from Mauritius at Concordia.”

On becoming company president and CEO

“I was the executive vice-president of the company for a number of years, in training to take over the CEO role. It's been a wonderful journey. I've really loved every minute of it.”

Challenges of a CEO

“Acting as CEO does come with its share of responsibilities and stress, so my hair has turned quite gray!”