From stargazing to powering the future with fusion 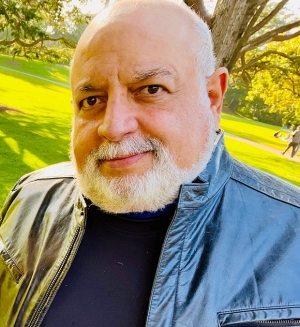 Growing up as an Armenian in Beirut in the early 1970s, Bedros Afeyan, BEng 80, would look up at the stars and see not just their beauty, but a puzzle that inspired a longing to better understand how the universe works. He set about the task by pursuing knowledge voraciously, spending his free time as a teenager studying physics, nuclear energy, absorbed thermodynamics, calculus and linear algebra.

“I’ve wanted to be a scientist since I was a kid,” says Afeyan, now president and CEO of San Francisco Bay-area Polymath Research, one of a growing global network of companies working towards the clean-energy moonshot of commercially viable nuclear fusion.

The path to a dream career

In 1975, Afeyan and his family — including younger brothers Levon and Noubar (the latter went on to co-found Moderna) — left Beirut for Montreal to escape Lebanon’s civil war. He attended Loyola High School, where his dream of being a scientist became more focused. “I wanted to be a physicist,” he says. There was, however, a complication.

When it came time to go to Loyola College — one of Concordia’s founding institutions — Afeyan had to study engineering to get in. His parents preferred this to science anyway. “Physics to them was more like poetry,” he recalls. He set out to obtain a Bachelor of Electrical Engineering since it was the closest he could get to physics, and still covered the subjects he was interested in, such as electromagnetics, condensed matter and lasers.

Afeyan didn’t give up on his dream of being a physicist, however. While at Loyola, electrical engineering students were offered a cross-disciplinary opportunity to take a physical chemistry course. Afeyan leapt at it, since it would allow him to dive into subjects like statistical mechanics and quantum mechanics. His intelligence and humour made an impression on his professor, who asked him if he wanted to join the class trip to Chalk River Laboratories, the federal nuclear research facility north of Ottawa. “I was the only non-chemistry student allowed to go on that trip,” he says.

The visit proved significant, setting Afeyan on the path to his dream career, first working at Chalk River the next two summers before graduating, then following a growing interest in laser plasma instabilities at the University of Rochester because of a simple philosophy: “I liked lasers when I was an undergraduate, so I pursued that,” he says. “I always go after what I enjoy. By doing that my life has always been fulfilled.”

He enrolled there in 1980, going on to obtain his master’s in science, followed by a PhD.  After working at the University of Maryland, the Lawrence Livermore National Laboratory and at UC Davis, Afeyan founded Polymath Research. The company dedicates itself to research in laser-plasma interactions as they relate to fusion, an inexhaustible source of energy that scientists have been trying to create on earth for decades. It’s a pursuit that goes right back to Afeyan's childhood in Beirut looking at the night sky.

“All stars use fusion,” he says. “The sun is just a fusion reactor.” It was a way of understanding the universe as he had wanted as a child.

As both Polymath and Afeyan have paved the way for the next wave of fusion approaches, they’ve also worked on contracts with the U.S. Department of Energy and the Department of Defense, as well as research partnerships with preeminent institutions like Los Alamos National Lab, Sandia National Laboratories and Stanford.

Afeyan is a man of not just science, but the arts. Along the way, he has cultivated numerous creative passions, including poetry, music and painting, as well as literary criticism. Those artistic outlets have helped offset the often deferred “eureka moments” of scientific research — especially around fusion.

“In science, when you create, you don't know when the work is going to be completed enough that you feel good about it, right?” Afeyan says. “I also need short-term creativity.”

Not that Afeyan has any problem waiting for the long term, given the elusiveness of fusion.

“Fusion has been promised for 70 years,” Afeyan jokes. But the wait is helped by his — and his company’s — focus on short-term accomplishments, too. “I'm not looking for fusion schemes, per se. I'm developing around that. Enabling fusion by eliminating some of the problems,” he says.

Meanwhile, his curious mind — cultivated all those years ago in Beirut — remains as strong as ever. “The more progress you make, the more questions come up,” he says. “You just want to get ideas about how to make things better and better and better.

“If you want to remain youthful, choose a life in hard sciences.”