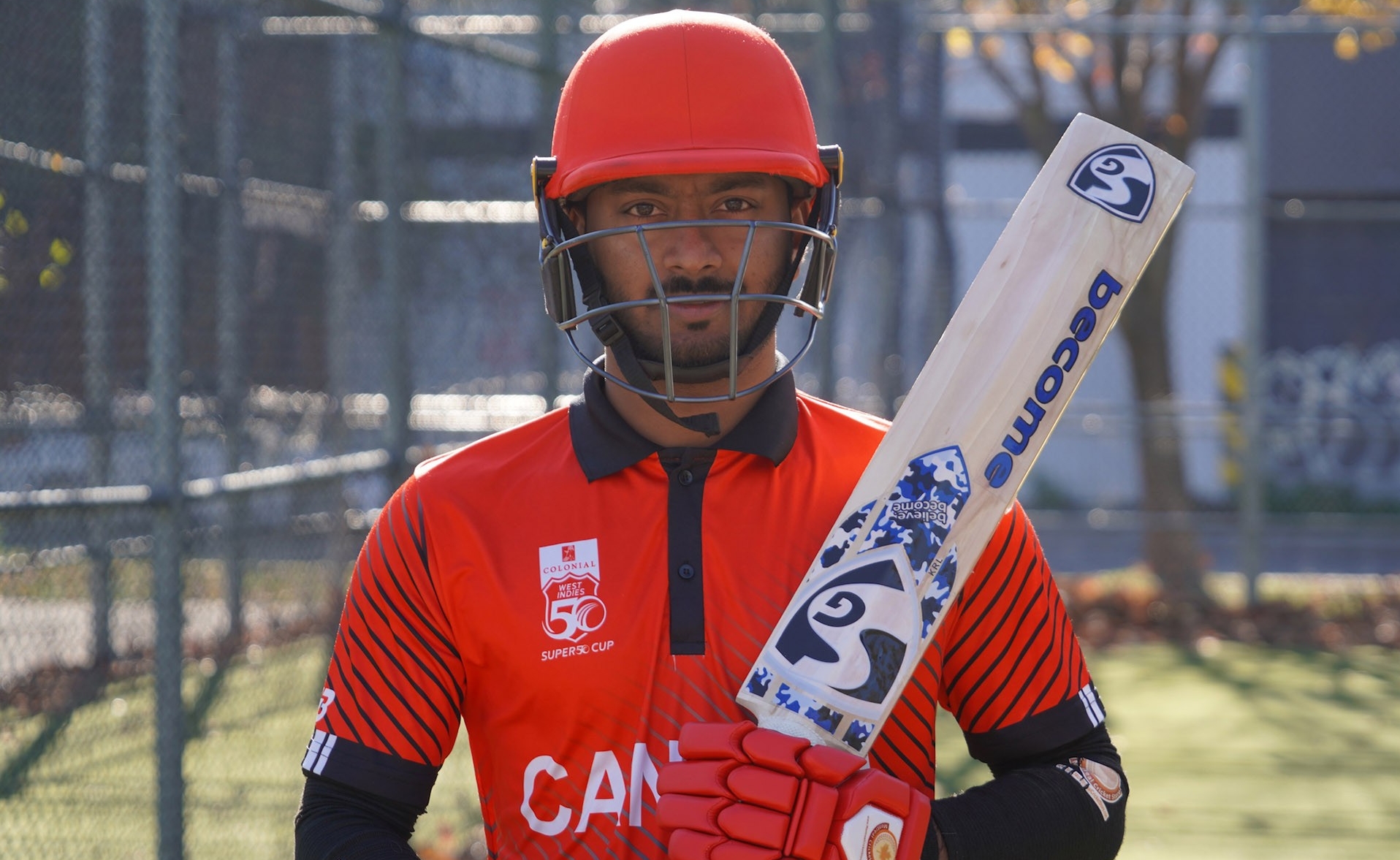 There was a time when Shreyas V. Movva, MEng 19, doubted whether he had a future in top-class cricket.

The batsman and wicket-keeper’s confidence was badly shaken after a difficult tournament match in his home state of Karnataka, India. Frustrated, he broke down in front of a teammate.

“There were a lot of hopes on me from the coach and the team’s selectors,” recalls the software engineering master’s graduate. “And I failed to perform.”

Redemption came soon enough when Movva scored 150 runs in the next match.

A century in cricket — when a batsman scores 100 or more runs — is a remarkable feat. That Movva did so with a legend of the game in the stands was the cherry on top.

“My father was a fast bowler and he used to tell me that Gundappa Viswanath was the finest batsman he had ever seen. He was there to watch his kid play — and I was smashing boundaries against him. Viswanath came up to me after the match and congratulated me.” 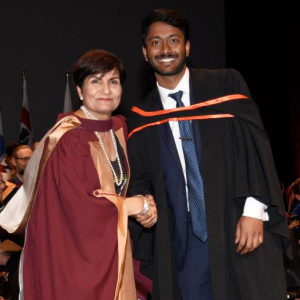 If Movva can display that kind of command on the pitch this month in Muscat, Oman, Canada could accomplish a first: a berth in the ICC Men’s T20 World Cup, to be played in October and November in Australia. (T20, or Twenty20, is a more abbreviated form of the game than One Day International and test cricket.)

Like many competitive athletes, Movva prefers not to play prognosticator. But he feels good about Canada’s chances to qualify for the event, where they could face titans of the sport like India, England and Australia at hallowed grounds like Adelaide Oval and, with a capacity of 100,000 fans, Melbourne Cricket Ground.

“It’s looking very bright to me,” says Movva from a hotel room in Toronto, where Canada’s T20 squad practices. “We’re having a strong training session and we’re coming off a very good effort at the regional qualifiers in Antigua, where we were actually missing some players. We’ll have our full roster in Oman.”

It’s rare for cricketers from Quebec to qualify for Canada’s national squad. In fact, Movva is the first player from the province to make the cut in 12 years.

“Shreyas is one of the best in the country,” affirms Subrata Mandal of the Quebec Cricket Federation. “He reads the game well and has a real captaincy’s sense. That’s why he made the team.”

Success in cricket, success in life

Movva says his conduit to the cricket community in Montreal — he arrived in 2016, fresh off a degree from Visvesvaraya Technological University in Belagavi, Karnataka  — was Concordia.

“A friend was a student at Concordia and I messaged him. After I arrived he helped me find a team. Soon after that I played in a tournament where a bunch of us represented the university, unofficially. I performed well and that started my journey in cricket here.”

The adjustment to winter was a struggle, Movva admits, but once he got acclimated he deftly juggled graduate courses (he credits Gina Cody School faculty members Stuart Thiel and Joey Paquet), a part-time job at a busy downtown restaurant and cricket practice.

“That’s the beauty of a competitive sport,” Movva says. “It demands a lot of you, but I enjoy the discipline and routine. It’s helped me in other aspects of my life.” 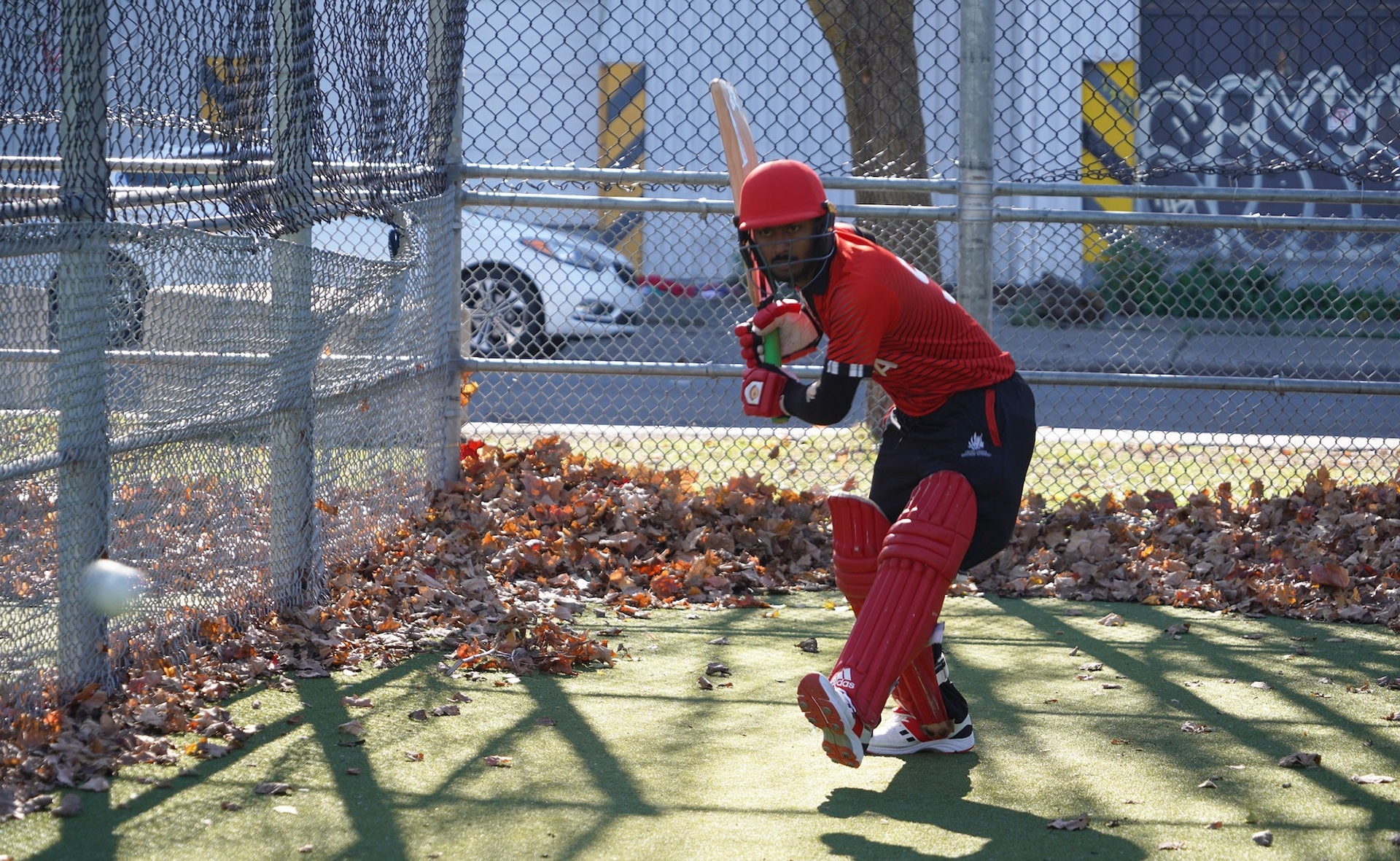 “He reads the game well and has a real captaincy’s sense. That’s why he made the team,” says Subrata Mandal of the Quebec Cricket Federation. | Photo: Dave St. Amant, CBC

It was evident from the start that the Concordia alumnus was a skilled multitasker, says Greg Adourian, the president of 123Loadboard. Movva works as a software quality analyst for the Montreal-based tech company, a provider of logistics services for truckers. He says management has gone above and beyond to accommodate his busy and itinerant cricket career.

“Shreyas was a strong worker from the get-go,” says Diana Metzen, Movva’s manager. “What made us choose him was his sense of teamwork. He knew how to collaborate, communicate and handle a complicated schedule.”

Adds Adourian: “What Shreyas is doing is exceptional and amazing. This is the least we can do to help him out.”

Family has been another important pillar of support throughout Movva’s odyssey. His mother and sister, he says, have been there every step of the way.

“When I was struggling in that tournament, my mom told me, ‘where there is a will there is a way.’ Then during my master’s, my sister helped me a lot mentally, emotionally and financially.”

Movva’s primary goal now is to help Canada qualify for the T20 World Cup later this year. Beyond that, another ambition may involve his alma mater.

“I would love to help start a varsity cricket program at Concordia. I think we would have strong encouragement from South Asian, West Indian and perhaps other groups at the university.”

More consistent fan support will attract sponsors and grow the sport in Canada overall, he adds.

Now all he has to do is help his team punch their ticket to Australia.