From Montreal to Mosul 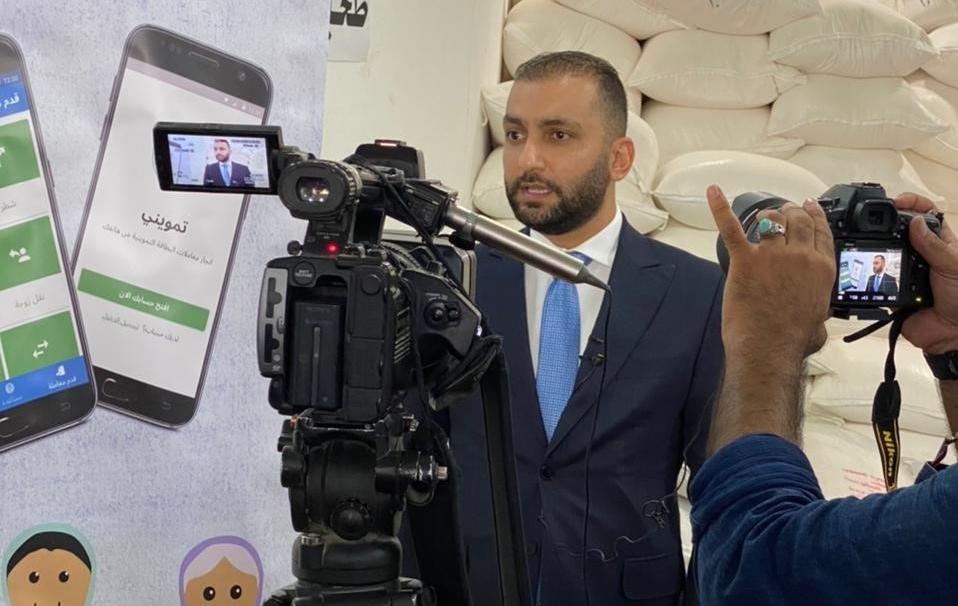 Bashar Alhammami, at the launch of his team's public distribution service (PDS) mobile application in the Najaf Governorate, Southern Iraq.

Standing on a dusty road in Mosul, Iraq, in March 2018 — taking in the streets strewn with garbage, bombed-out buildings pockmarked with bullet holes and eager school children jostling to take pictures — Bashar Alhammami, MEng 11, knew he had done the right thing moving to Iraq for the United Nations World Food Programme (WFP).

It was as if he had followed the strands of his life to this one point giving him purpose: helping people displaced by war, hunger, uncertainty and sanctions.

It was a far cry from his life in Montreal.

After graduating from Concordia with a Master of Engineering in Software Engineering, Alhammami specialized in retail, payroll and human capital management solutions for high-profile clients. 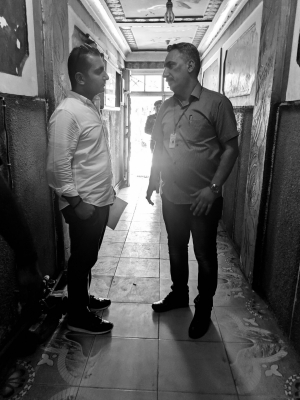 Bashar Alhammami speaks with a PDS staffer in Basra to better understand challenges.

“There is something you can’t explain,” he says over the phone from Baghdad. “In Montreal, I had an interesting job, but it felt that I was generating revenue for someone else. With this one, it feels like I am making a difference.”

Feeding and empowering the people

Alhammami’s official WFP title in Iraq is head of digital advisory services. He is also in charge of the organization’s local information technology division. With a staff of 14, his responsibilities are manifold.

One involves working out the kinks and managing the digitalization of the national public distribution system (PDS) for food rations. He then teaches employees in the country’s trade ministry how to run the program once the WFP moves on.

Another entails working on the ground with about 100,000 Iraqis in the program’s pilot project, teaching them to use an app to register and update their information — a new baby, for example, or the death of a grandparent.

The office also dispenses credits for people to buy their food at a designated grocery store or, in cases where visits to the store are not possible, delivers food hampers. During the height of the pandemic, this was often the only solution.

In July 2021, the program is to expand to encompass an Iraqi province with 1.6 million residents.

“The reason we came up with this mobile app is that we found 95 per cent of Iraqis own at least one smartphone, and if there is an elderly person who is less technologically savvy, someone else can help them,” Alhammami says. “Before, people had to visit service centres, waiting for hours in lineups to update their information, which often got lost.

“It empowers all people to update at their convenience, no matter their situation.” 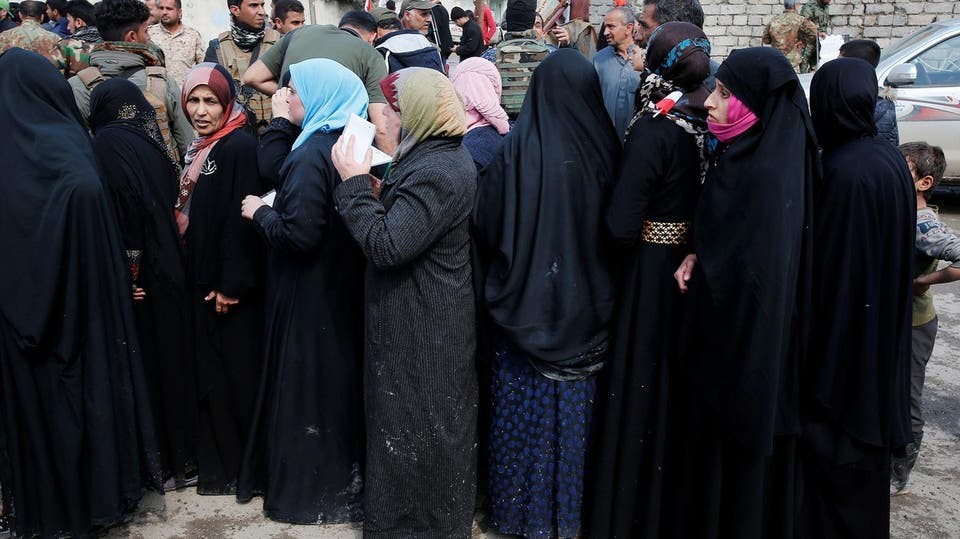 Born and raised in Amman, Jordan, Alhammami completed an undergraduate degree in computer science before moving to Montreal at age 24 to pursue his master’s. Concordia was a logical choice because it offered a program that emphasized the need to ‘socialize’ the engineering software, in effect, injecting a human element into it.

Life in Montreal exposed him to a multicultural environment. He learned about different markets, approaches and cultures from the people he worked and studied with.

After several years working as a business analyst and project manager in Montreal, Alhammami decided he wanted something more, something that would make him feel he was making more of a difference.

“Don’t get me wrong — my job in Montreal was very interesting, but I watched many videos in software production about activities in underprivileged countries and thought about how technology and innovation can improve people’s lives,” he says. “It wasn’t just about generating revenue for the corporate world.”

To that end, Alhammami applied to the WFP, moving to Rome, Italy, in 2016, where he worked at the organization’s headquarters for two years before heading into the field.

“All I wanted was to go somewhere where I’d see the impact of what we were doing,” he recalls.

That’s how he ended up in Iraq, living in a closed compound in the Green Zone, which is also closed and protected. If he wants to leave, he must get permission and be accompanied by a personal security guard and two armoured vehicles. There have been times when Alhammami has sat in his office or apartment, listening to bombs, rockets and tear gas explosions.

“At the end of the day, when you hear the rockets and you’re scared, with all these guards around you, you can’t help but think about the people outside the compound, who have no protection, and are even more scared,” he says.

‘It’s about helping people and making a difference’

The biggest challenge Alhammami and his team currently face is upping the scale of the food distribution program. Of Iraq’s more than 40 million people, many are food insecure. Those who are suffering need to be identified and provided with sustenance — wheat flour, sugar, rice and oil — that is at once easily available and of good quality.

Thanks to support from partners including the Government of Canada, WFP Iraq has been able to support the most vulnerable people in Iraq. However, the WFP in the country still requires $36 million USD to sustain food assistance activities to households facing hunger through December 2021.

“Step one is making sure that people who are vulnerable get access,” he says. “That is actually at the back of our minds every step of the way.”

What is next for Alhammami?

“Eventually another posting in another country suffering the effects of war, drought or poverty — or all of the above,” he says. “It’s not glamorous. It’s about helping people and making a difference.”