The three-time graduate was a pillar of the John Molson School of Business
|
By Lisa Fitterman
Source: University Advancement 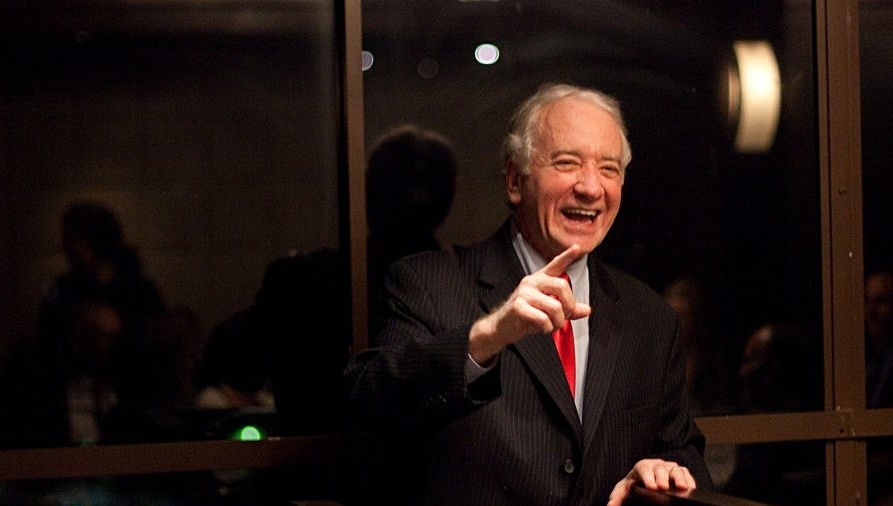 The intertwined story of Bruce Mallen and Concordia University dates back more than 50 years. With a BComm in 1958 from what was then called Sir George Williams University — one of Concordia’s founding institutions — and a BA in philosophy in 1964, Mallen later became a faculty member at the university's business school. There, he launched the Department of Marketing and then became founding director of the much-lauded MBA program.

For most, that would be enough. But Mallen — who was 83 when he passed away on March 12 in Beverly Hills — possessed a long curriculum vitae. It included an MSc from Columbia University, an MBA from the University of Michigan and a PhD from New York University, during which he was a Ford Foundation Fellow.

His various career paths included working in Montreal as the director of national marketing and economics for what would become Deloitte & Touche. Mallen then branched out on his own as a consultant and followed a passion for film and business to Los Angeles, where he became a producer specialized in projects with a Canadian component. 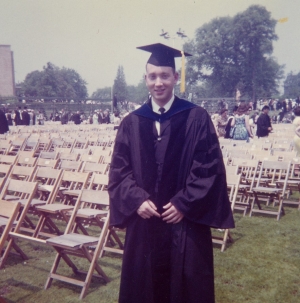 Mallen passed away at age 83 on March 12, following a battle with Alzheimer's.

In California, he also became a real estate developer, overseeing the revitalization of Culver City’s historic studio district in the 1980s, and developing other properties, including the landmark Sony Pictures Plaza building and what is now the Kirk Douglas Theatre.

Then, starting in 1996, Mallen spent 12 years in Boca Raton as the dean of Florida Atlantic University’s College of Business, as the scholarly saviour brought in to shore it up.

“How many people do you know who have crammed so much accomplishment into their lives?” asked Lillian Vineberg, BFA 83, past chair of Concordia’s Board of Governors and a long-time friend. “Bruce had it all. He was intellectual, bright, handsome and charismatic, a down-to-earth, creative, charming academic who loved driving his Rolls Royce Silver Ghost around town. He took work seriously, but he made it fun.”

A legacy of success

Concordia President Graham Carr noted that Mallen’s vision is a big reason why the university’s business faculty is so respected today on an international level.

“Somehow, Bruce Mallen was able to see what others could not — a gap, a need, something that would improve lives, or be more efficient, or both,” Carr said. “He helped build the foundation for the next generation of leaders to succeed.”

It is why Mallen started the MBA program, why he pioneered studies in the economics of film production and why he decided to bring a greater Canadian film presence to Los Angeles. As an entrepreneur and economist, he was curious about everything, able to marshal an argument or discern an angle that no one else had considered.

“Bruce’s vision is a major reason why the school plays such a big role in the world of business today.” said Anne-Marie Croteau, dean of the John Molson School of Business.

Alan Hochstein, a professor in Concordia’s Department of Finance, said the first time he met Mallen, he thought he should have been a student, sitting in the seat next to him, rather than as the professor standing at the head of the class.

“He looked too young to be teaching us, but he was so smart,” Hochstein recalled. “I don’t remember too many of my instructors, but I will always remember Bruce Mallen.”

‘A perfect balance of street cred and academia’

Born in Montreal on September 4, 1937, the oldest of Mitchell and Mary Mallen’s two children, young Bruce was expected to join his father in the family business: women’s clothing boutiques. Yet, the son, a self-starter even back then, had other ideas and made an appointment to meet with the dean at Sir George just before he graduated from high school.

“The dean asked why he wanted to come to the school and Bruce answered in a way that was so impressive, he was admitted on the spot,” said his stepson, Randy Klein. “He continued that way throughout his life, succeeding again and again in so many different settings.”

From the moment Mallen entered Sir George as a fast-talking 16-year-old, he proved the worth that eventually led the university to give him an honorary doctorate in 2004 and, five years later, the Humberto Santos Award of Merit.

Despite his impressive roster of accomplishments, family always came first. Even the move to California in the early 1980s was not made until he knew his first wife and the three children they shared could all easily relocate, too.

Sunday lunches were a tradition; in Montreal, they were followed by an outing to a movie, often a classic screened at a theatre in Concordia’s Henry F. Hall Building and in Los Angeles, by visits to theatres in West L.A.

“He was such a fantastic role model,” said his son, Howard Mallen. “He was honest, ethical and had integrity, a perfect balance of street cred and academia.”

No matter if he was playing the role of confidante, business advisor or doting grandfather, Mallen always knew what do and say, his son added.

“I’ve known a number of warriors in my life, and he was the best. For him, words and actions always went together.”