From selling art to preserving history 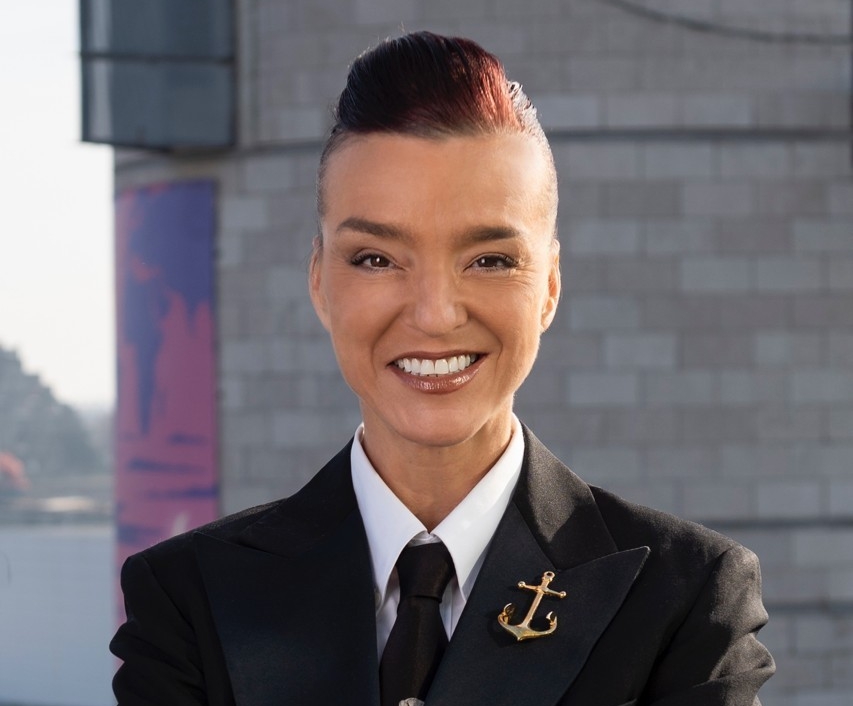 Kat Coric at Pointe-à-Callière: “History is cyclical, things repeat all the time. Learning about these cycles will help you master your future and become your true self.” | Photo: Yasemin Kant

Kat Coric, BFA (archaeology & art history) 96, knows how to sell art. The multidisciplinary artist has produced more than 50 exhibitions and has worked as director of development for the late post-pop artist Corno. She is also credited with discovering artist Yunus Chkirate whom she mentored and managed for a decade.

Born in Dubrovnik, Croatia, Coric immigrated to Montreal with her family in 1974 at the age of five, when she was already honing her talent.

She recently sat down for a conversation about art, history and her journey into the past.

Why is art important?

Kat Coric: I always say that artists are like scribes and have their paintbrush on the pulse of society. They record history. They educate us, create awareness and promote cultural appreciation. That’s why purchasing art from emerging artists is so important, because by doing so you validate them and give them hope.

Where does your love for art come from?

KC: When I was a little kid, I could draw anything and was really good at it. As I grew older, my art also had to have a clear and concise message because I thought art should have a message.

When my friends asked me what I wanted to be, it took me a long time to figure out how I wanted to use my gift. I did all kind of jobs to pay the bills. I waitressed and sold art supplies at British Blueprint in Montreal, before I accidentally got into event production by volunteering at the BBCM Foundation in 1996. They tasked me with creating an annual art auction. That’s where I learned to produce, curate and get financing.

How has the LGBTQ community influenced your personal and professional lives? 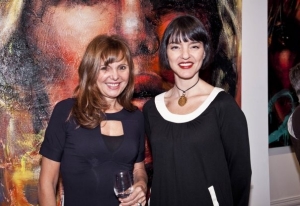 Kat Coric (right) with artist Corno at AKA Gallery in Montreal, circa 2009. | Photo: Ludwig Ciupka

KC: I lost many friends to HIV/AIDS in the late 1980s and early 1990s. That is why I chose to volunteer with the BBCM Foundation, ­­which supports people living with HIV/AIDS in Montreal. When I turned 40, I also did my first major fundraiser for the HIV/AIDS support organization Maison Plein Coeur. There was a lot of AIDS-phobia and homophobia back then, and I wanted to help the community that had supported me throughout my career. I have always had their back, and they have always had mine.

You were director of development for internationally recognized Quebec painter Corno. What was that experience like?

KC: Corno was one of my artistic idols. It was a privilege to help promote one of Montreal’s top talents. She gave up everything in Montreal — where she was at the top of her fame — to go to New York City and start from scratch, literally knock on doors for seven years. She went from nothing to being represented on five continents around the world. She was an amazing talent and a force of nature.

In September 2020 you were named director of the Pointe-à-Callière Foundation.

KC: I was first hired as the philanthropic advisor in 2019. When their director retired, I was offered the post of interim director in March 2020, then became director. I feel a great sense of accomplishment working here. I’m surrounded by an amazing team and I am very lucky to have met and crossed paths with the museum’s founder and executive director Francine Lelièvre, who is retiring this year. Just to learn from her and absorb her wisdom has been an incredible experience.

I am also very excited to work with the new executive director Anne-Élisabeth Thibault who will actively pursue the development of the museum, in particular the enhancement and the protection of the parliament site which will be launched in the coming years and in which the foundation will participate.

KC: I applied to Concordia’s Design program but didn’t get in. The dean suggested a double minor in archaeology and art history. This way, I could still take painting classes, which I adored. I took the opportunity and it was the best decision I ever made.

All these years later, there is not one day that goes by that I don’t use the knowledge of history to help me in my day-to-day life. Looking back at those formative years, I was so happy to be studying at Concordia. It was dynamic and interesting. I was meeting new people and being inspired daily. I felt important for the first time in my life.