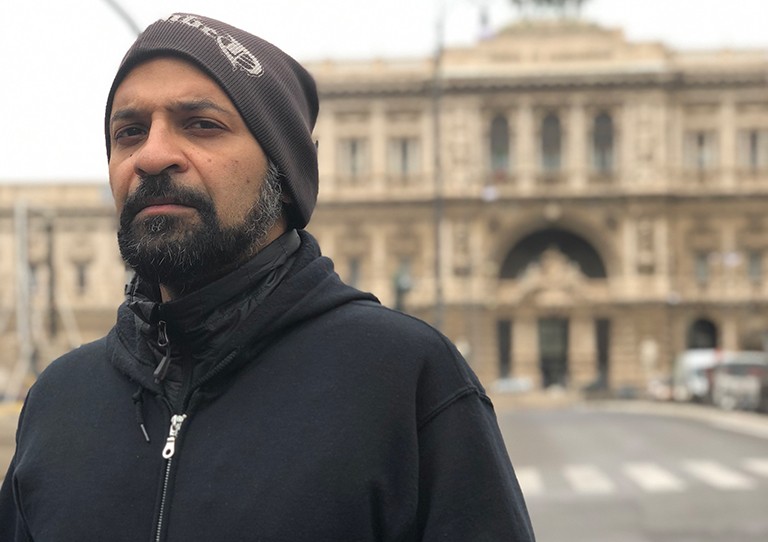 “Pluralism is essential in our reification of liberal democratic principles.” | Photo: Maya Detière-Venkatesh

Concordia’s Vivek Venkatesh recently received two prestigious invitations to discuss his research on pluralism and social pedagogy and their roles in preventing radicalization and violent extremism.

From November 21 to 23, the professor of inclusive practices in visual arts in the Department of Art Education attended the G7 Research Summit on One Health in Lake Louise, Alberta. There, invited researchers, policy-makers, community leaders and government representatives from the G7 came together to discuss the future of human health from an interdisciplinary standpoint.

“One Health is looking at how we can learn about preservation of health within the human race, while also taking into account that it can be impacted by broader circumstances such as animal health and environmental preservation,” he explains.

Venkatesh is also UNESCO Co-Chair on the Prevention of Radicalization and Violent Extremism. Following the One Health Summit, he spoke as an expert panelist at the hearings of the Rouleau Commission in Ottawa on November 29, discussing the relationship between misinformation, disinformation and social media.

The commission was created to examine and assess the legalities of the Government of Canada’s imposition of the Emergencies Act in February 2022.

Listening to those you disagree with

At both events, Venkatesh urged academics and policy-makers to consider the importance of building spaces for pluralism — in other words, allowing for multiple perspectives to be heard, discussed and debated in public spheres.

At the G7 Research Summit on One Health, he says he particularly enjoyed a panel featuring Indigenous experts from across Canada, including Elders, senior university administrators and Canada Research Chairs.

“They helped me understand the epistemological origins of Indigenous perspectives,” Venkatesh notes.

“This panel struck me as a great opportunity to enact a pluralism where people with diverse backgrounds are willing to look at differing points of view, where they’re willing to work through dissension without necessarily arriving at a hasty consensus thereby, diluting the quality of their respective arguments.”

Venkatesh also elaborated on the point at the Rouleau Commission hearings. He was part of a panel discussion about the role social media plays in radicalization and violent extremism.

Venkatesh has been studying the topic of online hate for the better part of a decade. His team’s work includes Project SOMEONE, an online multimedia platform devoted to the reduction of hate and violent extremism through the creation of pluralistic dialogic spaces.

At the panel discussion, Venkatesh shared the results from a 2020 research paper he co-authored investigating the internet’s role in facilitating violent extremism. The paper examined the research team’s life-course narrative interviews with 10 former right-wing extremists in Canada.

“Our research found that these interviewees who were radicalized and joined right-wing extremist movements do so primarily because of face-to-face recruitment,” Venkatesh says. “The internet serves as a catalyst to further imbibe those values and cement antisemitic, anti-immigration and Islamophobic rhetoric.”

He adds that it’s important to humanize people with vastly different opinions by building spaces where people can learn to disagree.

“Pluralism is essential in our determination of liberal democracy. What we’re seeing, though, is a certain dehumanization of those who express what is commonly known as populist rhetoric,” Venkatesh says.

“I think if we can’t listen to one another without necessarily dehumanizing them, then we are at a threshold of being unable to deal with dissention.”

“Slowness comes with a necessary reflection,” Venkatesh explains. “If we reflect on the rationality or logic that we have taken to arrive at a particular opinion, then we should also be able to make the time to reflect on how other people are arriving at their opinion.”