Senate and Board of Governors notes: October and November 2019 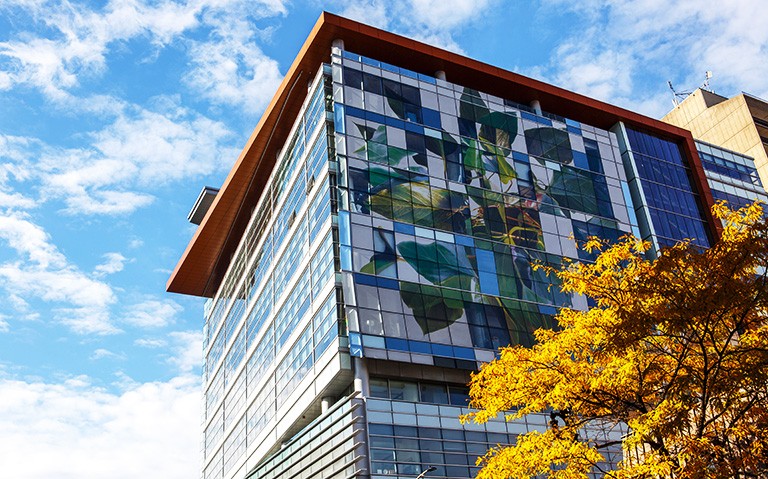 OCTOBER 2019: Board hears the president’s summary of recent campus highlights

Graham Carr, Concordia’s interim president and vice-chancellor, began his remarks at the Board of Governors meeting on October 24 by congratulating Guylaine Beaudry, vice-provost of digital strategy and university librarian, and Alice Ming Wai Jim, professor of art history, for joining the 2019 class of the Royal Society of Canada.

Carr also updated the Board on recent university accomplishments, including:

Carr noted that the university is making great progress on the assembly of the Learning Square, a temporary location on De Maisonneuve Boulevard West that will serve students and faculty during five years of large-scale work on the Henry F. Hall Building, as well as landscaping work to the main entrance of the Administration Building on Loyola Campus.

He also updated the Board on Concordia’s efforts to ensure that all members of the community complete the online mandatory sexual violence awareness and prevention training. As of October 4, more than 40,000 people — or 90 per cent of the Concordia community — had completed the training.

He concluded his remarks by thanking those who helped make fall Open House the largest in Concordia’s history, with more than 7,000 visitors making the trip to both campuses.

On the day of the meeting, the Ministère de l’Éducation et Enseignement supérieur launched a shared library services platform that gives full access across the network of Quebec’s 18 universities. Carr acknowledged the work of Guylaine Beaudry, who successfully led the project.

She congratulated Michael Kenneally, principal of the School of Irish Studies, and Rhona Richman Kenneally, professor in the Department of Design and Computation Arts and fellow of the school, for winning Ireland’s prestigious Presidential Distinguished Service Award for the Irish Abroad for 2019.

Annual report from the Ombuds Office

Concordia ombudsperson Amy Fish presented highlights of the Ombuds Office annual report. She informed the Senate that the office treated 466 files in 2018-19, roughly one per cent of the student population — within the expected range for a university of Concordia’s size. She noted that there were no major problems during the year.

Annual report from the Office of Rights and Responsibilities

Lisa White, director of the Office of Rights and Responsibilities, summarized the office’s mandate and presented the highlights of its annual report.

She announced that 2018-19 saw an eight per cent increase in total cases and consultations from the previous year, likely the result of the office’s greater communication efforts to the community. White reported that the largest number of cases involved claims of harassment.

NOVEMBER 2019: Interim President Graham Carr announces that the Concordia University Foundation will divest from coal, oil and gas by 2025

Graham Carr brought members of the Senate up to date on university news at its meeting on November 8. Recent highlights included the following:

Carr reminded Senate that the university would hold its fall convocation ceremonies at Place des Arts on November 18, and that the Concordia Centraide Campaign is underway.

He also informed Senate that the Government of Quebec announced modifications to the Programme de l’expérience québécoise (PEQ – Québec Experience Program) on November 4 without consulting the higher education sector. The changes would severely restrict eligibility for international students planning to use an accelerated pathway for permanent residency in Canada.

The Concordia University Foundation‘s Howard Davidson, chair of the board of directors, and Denis Cossette, secretary-treasurer, presented a report on the foundation’s sustainable investments. This was a follow-up to the May 17 Senate meeting presentation by Damon Matthews, Concordia Research Chair in Climate Science and Sustainability, Geography, Planning and Environment, and undergraduate student representative Ali Sherra.

Davidson reported that the foundation’s mission is to manage the university’s funds to best support its teaching, learning and research goals. Of the foundation’s current $243 million in assets, 5.7 per cent is invested in coal, oil and gas.

Davidson and Cossette, who’s also Concordia’s chief financial officer, explained that the foundation has followed the UN’s Principles for Responsible Investment since 2018.

Carr then announced that Concordia University Foundation has committed to fully divest from the coal, oil and gas sectors and have 100 per cent sustainable investments by 2025 while doubling the target of its impact investment from five to 10 per cent — the first Quebec university foundation to make that pledge.

“The foundation is on a journey to greening its investments,” he said.