Reza Hadisi | Between the Particular and the Universal: Lessons from Suhrawardi | Philosophy Speaker Series 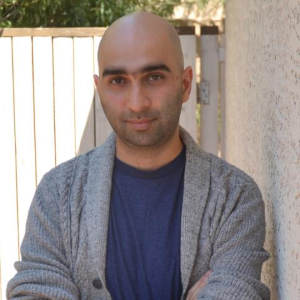 According to a long tradition in philosophy, imagination, unlike reason and sensation, is only a secondary source of knowledge. Of course, that is compatible with acknowledging an important epistemic function for imagination in the ordinary business of life. However, on the dominant account, an ideal epistemic agent would know by relying on reason alone, sensation alone, or a combination of the two. Insofar as we happen to rely on imagination, this may indicate either a shortcoming on our part or at best a necessary concession to our flawed natures.

In this talk, Reza Hadisi will discuss the views of a pivotal figure in the history of medieval Arabic and Persian philosophy, Shihab al-Din al-Suhrawardi (1154–1191) who argued that imagination is a primary source of knowledge. On his account, imaginative knowledge is not just a less vivid instance of perceptual knowledge, nor is it just a vaguer instance of rational knowledge. In its proper use, imagination has its own objects of knowledge. Thus, even an ideal knower can know a certain kind of fact only via imagination. While many valuable studies have already analyzed the role of imagination in Suhrawardi’s philosophy, these accounts often leave their readers with the impression that unless we buy into the entire philosophical and perhaps theological framework of his thought, we would not be able to accept or even understand the underlying theory of imagination. By contrast, Reza Hadisi will argue that Suhrawardi’s epistemology of imagination has philosophical merits independently, and some of the arguments for it can be reconstructed outside the general framework of his philosophy.

Reza Hadisi is Assistant Professor in Philosophy and Centre for Medieval Studies at the University of Toronto. His research focuses on metanormative theories in epistemology and ethics. He is particularly interested in questions about the relationship between theoretical and practical knowledge, the nature of practical reason, and moral epistemology. Much of his work is informed by his interest in the history of philosophy, especially Kant and the medieval Islamic philosophers.