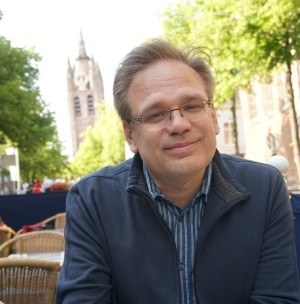 Hegel remarked in his discussion of the nothing in the Science of Logic that: “It is well known that in oriental systems, and essentially in Buddhism, nothing, or the void, is the absolute principle.” Schopenhauer commented in a discussion of the joy of death in The World as Will and Representation: “The existence which we know he willingly gives up: what he gets instead of it is in our eyes nothing, because our existence is, with reference to that, nothing. The Buddhist faith calls it Nirvana, i.e., extinction.” It is striking how nineteenth-century German philosophical discourses (from Hegel and Schopenhauer to Mainländer, von Hartmann, and Nietzsche) concerning negativity, nihility, and nothingness explicitly refer to Buddhism, which was initially conceived by Christian missionaries as a “cult of nothingness” and became entangled with European debates concerning pessimism (the Pessimismusstreit) and nihilism.

In this paper, I reexamine how the interpretation of negativity and nothingness in Schopenhauer and nineteenth-century German thought informed the reception of Buddhism as a philosophical and religious discourse, and trace the ways in which Buddhist emptiness was reinterpreted in the context of the Western problematic of being and nothingness.

Eric S. Nelson is Professor of Philosophy at the Hong Kong University of Science and Technology. He works on Chinese, German, and Jewish philosophy. He is the author of Daoism and Environmental Philosophy (Routledge, 2020), Levinas, Adorno, and the Ethics of the Material Other (SUNY Press, 2020), and Chinese and Buddhist Philosophy in Early Twentieth-Century German Thought (Bloomsbury, 2017). He has published over seventy-five articles and book chapters and is the editor of Interpreting Dilthey: Critical Essays (Cambridge University Press, 2019).