What you should know to make decisions about cannabis.
Source: Health Services 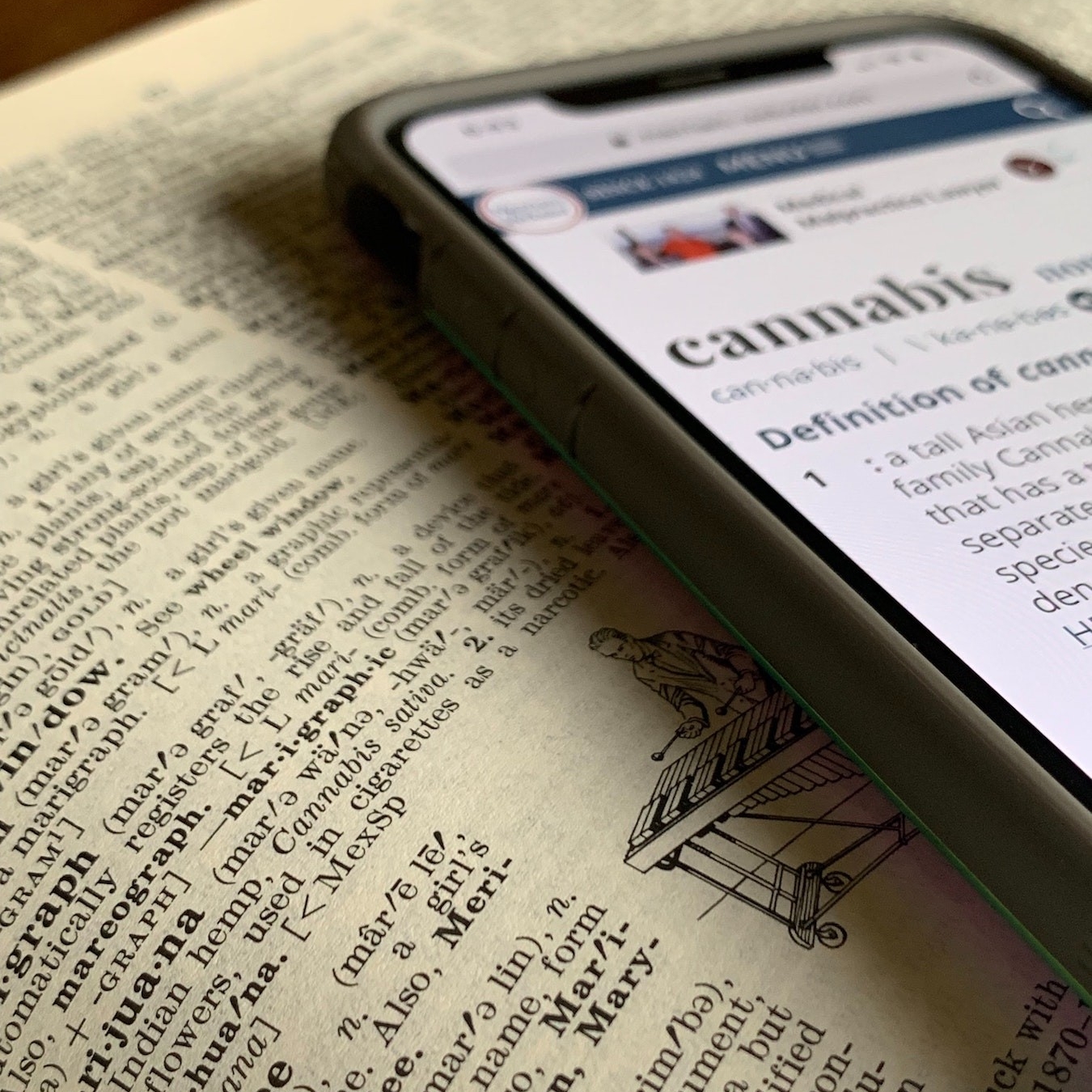 Note: While cannabis is legal in Canada, the Cannabis Regulation Act sets out certain restrictions in Quebec, notably for educational institutions like Concordia University, where the use of cannabis is not permitted.

Rules and Regulations Regarding Cannabis on Campus

Cannabis is a plant from which marijuana and other mind-altering (psychoactive) products are made. Marijuana is produced from the dried leaves and flowers of the cannabis plant. (The words “cannabis” and “marijuana” are often used interchangeably). Other terms for marijuana include weed, pot, grass, reefer and many more. Hashish (hash) and hash oil are made from the resin of the cannabis plant.

Why do people use cannabis?

Cannabis is used almost exclusively for recreational and medical purposes.

Recreationally, people use it for its mind-altering effect, which is usually described as a “high” (see below).

Those who use cannabis medically seek to relieve symptoms of health problems. Cannabis is not an approved therapeutic product in Canada; however, “The courts in Canada have ruled that the federal government must provide reasonable access to a legal source of marijuana for medical purposes.”  Symptoms that cannabis has been used to manage include chronic nerve pain, severe nausea or vomiting in cancer chemotherapy, loss of appetite or weight in people with HIV/AIDS, and pain and muscle spasms in multiple sclerosis.

How is cannabis used?

Cannabis is consumed in a variety of ways, the most common of which is through inhalation. Cannabis is often rolled into a “joint” that resembles a cigarette and smoked. The flowers of the plant can be burned in devices such as a pipe, a bong or a hookah, which creates smoke that is inhaled. It can also be heated in a device called a vaporizer that doesn’t burn the plant; rather it heats it to a temperature that releases a gas that is inhaled (vaped).

Other ways to consume cannabis include eating it (e.g. hash brownie) and drinking it in the form of a tea. Edibles have a delayed onset and the effects last longer.

The effects of cannabis

What are the effects of cannabis?

Source: The Health Effects of Cannabis and Cannabinoids: The Current State of Evidence and Recommendations for Research (2017)

The cannabis plant contains hundreds of compounds that have numerous and varied effects on the body and mind.  Many of these compounds are classified as cannabinoids. Tetrahydrocannabinol (THC) is the main cannabinoid that is responsible for cannabis’ psychoactive effects (i.e. the “high”). Cannabidiol (CBD) is a non-psychoactive cannabinoid that modifies some of the effects of THC.

The effects of cannabis on a user depend on a variety of factors and are different from one person to another. They depend on the combination of substance, user and context:

The effects of cannabis use can be placed into two categories: Short-term & long-term effects:

Short-term effects
For a majority of users, these occur shortly after cannabis is consumed into the body and last for a few hours.

Psychological effects (i.e. the “high”) include:

Other short-term effects include:

Long-term effects
Several consequences of long-term regular cannabis use have been identified. They include:

Reducing the risks associated with cannabis

If you decide to use cannabis, there are ways to reduce the chance you will experience immediate or long-term negative consequences.

Canada’s Lower-Risk Cannabis Use Guidelines, developed by the Centre for Addiction and Mental Health, lists 10 harm reduction strategies. These strategies are "based on the best available scientific evidence." They are:

The High-Way Code: The guide to safer, more enjoyable drug use (cannabis) is “The first guide to safer drug use voted for by people who take drugs”.  The guide was developed from a survey of over 38,000 cannabis users who were asked about the strategies they use to reduce the risk of harm when using cannabis.  The strategies include:

Cannabis use can be problematic. This occurs when a person continues to use cannabis despite significant consequences or distress. One way to identify if cannabis use is problematic is to complete a self-assessment such as the Cannabis Use Disorders Identification Test (CUDIT-R).

Another way to identify problematic cannabis use is to review the signs of cannabis dependence from the American Psychological Association and note how many apply to you:

If you identify that your cannabis use problematic and you want to stop using or reduce your harm by cutting down, consult addiction and substance-use resources for information, services and resources.

How great is the risk of a “contact high” (i.e. second-hand smoke) if I am near people smoking cannabis?

The limited research on second-hand cannabis smoke has identified the following effects on people who have passively inhaled it:

The magnitude of the effects depends on a variety of factors that include:

Therefore, someone in a small, enclosed room where several people are smoking joints may have detectable levels of THC in their blood and urine and may experience psychoactive effects, while someone who is walking past a person smoking a joint on the street will not be affected by second-hand cannabis smoke.

What happens when you mix alcohol and cannabis? What are the risks involved?

Both alcohol and cannabis are drugs that affect the central nervous system. Several risks of using them together have been identified:

At what age is it “safe” to start using cannabis?

A drug is a substance that changes the way the body works physically or psychologically. All drugs, including cannabis, have potential negative effects (i.e. risks). As such, there is no “safe” level of cannabis use or safe age to begin using cannabis. If a person chooses to use cannabis, they should take steps to reduce the risks associated with its use.

The reason to delay use until later in life is because the human brain continues to develop until early adulthood. Some studies have found that cannabis use can disrupt the development of the brain and lead to mental health and other problems.

The effects that cannabis has on the developing brain depend on the amount used, the frequency of use, the concentration of THC, and individual factors.

How will I know if I am okay to drive after using cannabis?

Consuming cannabis has physical and cognitive effects that can impair a person’s ability to drive. These include a slower reaction time, difficulty staying focused, impaired decision making and changes in time and space perception. Driving under the influence of cannabis increases the risk of being involved in an accident. The risk increases as concentrations of THC in the blood increase.

Unlike alcohol, where blood alcohol concentrations can be calculated, there is no way for a person to calculate the concentration of THC in their blood to determine if their level of intoxication puts them at increased risk for an accident. Factors such as potency of THC, how much is used, the method of use, the frequency of use, time passed since last use and personal factors, affect blood THC concentrations.

The evidence-based Canada’s Lower-Risk Cannabis Use Guidelines recommend that you not drive a car or operate other machinery “after using cannabis, or while you still feel affected by cannabis in any way. These effects typically last at least six hours, but could be longer, depending on the person and the product used.”

Quebec has adopted a “zero drug tolerance” policy for driving under the influence of cannabis. Any level of THC detected in tests constitutes a legal offense.

If I am going try cannabis for the first time, what do I need to know?

If you are going to use cannabis for the first time, here are some things to consider:

What about medical marijuana?

Cannabis is not an approved therapeutic product in Canada; however, the “courts in Canada have ruled that the federal government must provide reasonable access to a legal source of marijuana for medical purposes.”  Symptoms that cannabis has been used to manage include: chronic nerve pain; severe nausea or vomiting in cancer chemotherapy; loss of appetite or weight in people with HIV/AIDS; and pain and muscle spasms in multiple sclerosis.  For more information on medical marijuana consult the following resources: