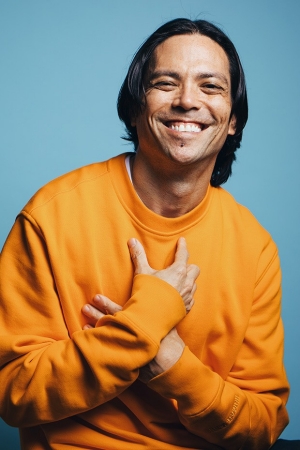 Since completing his BFA in contemporary dance at Concordia in 2010, acclaimed dancer and choreographer Andrew Tay has presented his work at venues and festivals around the world.

Known for pushing boundaries, Tay was awarded the Vanguard Award for Risk and Innovation from the Summerworks Performance Festival Toronto in 2016 for his performance Fame Prayer / EATING. He was also guest artistic curator of the O Vertigo Centre for Creation in Montreal before relocating to Toronto in 2020 to become artistic director of the legendary Toronto Dance Theatre.

“I was at Concordia during a very exciting time. A lot of the people who were there have gone on to be really important contributors to both the Canadian and international dance scenes.”

“Contemporary dance instructor Isabelle Poirier pushed this idea of energy, playfulness and fun that has really stayed with me.”

“When I created Wants&Needs Danse with Sasha Kleinplatz, artist-in-residence in Concordia’s Department of Contemporary Dance, we were frustrated with the system in Montreal. You would make a piece and then have to wait two years to make another one. We decided to make our own spaces and events, which have informed my practice both as a curator and artist.”

“I create programming that shows a range of dance practices to try to de-hierarchize some of the values we have in dance.”

“I work a lot with queer aesthetics. One of my big preoccupations right now is, as queer culture and drag culture get absorbed into the mainstream, how do we keep queer aesthetics queer?”