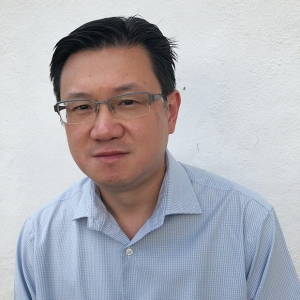 As vice-president of Cost Consulting at WT Partnership, George Chen is the budgetary mastermind keeping some of the largest construction projects in Canada and the United States on track, all the way from blueprint to ribbon cutting.

“I make sure the project is on budget and on schedule to keep everybody happy,” he says.

It’s no easy feat balancing the cost of labour, material, equipment and subcontractors throughout the construction of these sometimes mammoth projects, which can last years from start to finish.

Now based in Boston, Chen first came to North America in 2005 to study at Concordia, where he was set on a path towards the success he enjoys today.

“When I came to Canada, I barely spoke English and no French. So as a newcomer, it was very difficult,” he says.

“I was struggling, but Concordia opened the door and gave me an opportunity to develop the career I wanted.”

“At the moment, there is a lot of uncertainty in the world. The prices of some major materials have changed dramatically during the past 18 months, including steel, precast concrete and mechanical equipment. On bigger projects, most of the labour will be unionized and rates usually increase by about three per cent per year, but I've heard that this year it could be around 14 per cent.”

“I served as a structural engineer for quite a few years back in China, and Concordia had a very good system to help me develop my new career. Concordia offers a large variety of courses, and the ones I picked are still relevant to what I'm doing now.”

“Right now I’m working on the Ontario Line, which is a new public transit line in the City of Toronto. It’s very interesting leading a team providing cost management services on this multi-billion-dollar project.”

Interests outside of work