From valedictorian to Bank of America director: meet Michael Knight 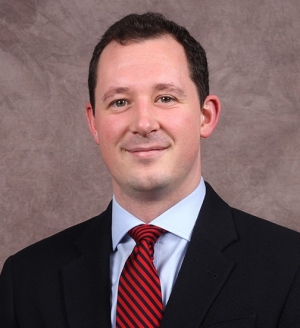 The year is 2007. A high-school graduate travels from his South Burlington, Vermont home to attend orientation at New York’s French Culinary Institute. While there, he meets his cousin, a hedge-fund manager, who urges him to consider university.

Fast forward to June 2012. The student, a freshly minted graduate of the John Molson School of Business (JMSB), stands front and centre at convocation to deliver the valedictory address to a packed Place des Arts.

“I didn’t have a lot of motivation after high school,” admits Michael Knight, BComm (finance) 12. “I thought about culinary school and then, long story short, wound up at my cousin Jim Book’s office. I kid you not, he called Concordia the next day and asked if I could still get in. I think I showed up like two days later and got the last dorm room at Hingston Hall.”

The rest, as they say, is history. Knight excelled at JMSB. He was a member of both the Finance and Investment Student Association (FISA) and the John Molson Investment Society and was awarded the 2010-11 Commerce and Administration Students’ Association Award. He was a business case competitor and represented JMSB at a number of finance conferences. And somehow, he also managed to captain a non-varsity lacrosse team.

‘Fortunate to have close personal mentors’

Knight, now a director at Bank of America Securities (BofA) in New York, says that he was as surprised as anyone to be named valedictorian.

“I was very humbled. Talk about an honour. By and large my message was that you have to be a good person to be successful. Acknowledge those who helped you and pay it forward. I was pretty fortunate to have some close personal mentors who gave me a shot.”

Some of those mentorships took place while he was a member of the Kenneth Woods Portfolio Management Program (KWPMP), where the finance student got a crash course on the world of investments under the auspices of a professional client committee.

“You walk into a room to pitch a stock to some of the most prominent finance professionals in Canada,” says Knight. “It’s a lot to absorb at first, but ultimately I found that if we did the work and came prepared, those client committee experiences gave us a huge advantage. Just look at where Woods students wind up and the types of jobs they have.”

Knight was blessed in that regard. He managed to parlay a KWPMP summer internship at BofA into a permanent job before he even graduated. Not long after his valedictory speech, he made the move to New York and secured an apartment with fellow KWPMP grad Dany Asad, BComm 12, now a co-worker of Knight’s at BofA. Incredibly, Knight’s current roommate is another KWPMP Calvin C. Potter Fellow, Daniel Faltas, BComm 12.

It took a while to get used to the pace of Manhattan but Knight says that he feels like a New Yorker now. The COVID-19 pandemic helped cement that sense of solidarity.

“One of the quintessential New York moments I came to enjoy was at 7 p.m. when everybody clapped and cheered for the health-care workers. It was a sight to see. There’s a hospital near where I live and I know that they could hear it.”

When life returns to some semblance of normalcy, Knight will be excited to not only return to his desk at BofA, where he manages distressed debt trades, but to welcome a new crop of KWPMP research associates and fund managers. Knight (as well as Asad and Faltas) has long hosted annual workplace visits for students enrolled in the program.

“The tour of Bank of America Merrill Lynch’s trading floor gave us an understanding of the reach of the program,” wrote the KWPMP class of 2016. “Advice from Michael Knight and Dany Asad motivated us to find internships at firms where previous members of the program had never worked. We gained a new perspective on how to leverage the experience of our second summer internships.”

Knight says he gets as much out of the experience as the Woods students do.

“Not many students get a chance to look at a trading floor. And the BofA trading floors are huge. Imagine a football field lined with rows and rows of massive monitors with people standing and yelling and really getting into the action. I do it every day and still think it’s cool. It’s fun to see how the students react when they first step onto the floor.

“But these mentorships work both ways. It’s not just senior to junior. If you’ve been working in the industry for 10 years you have a much different perspective than someone who is fresh out of school. Your interests are different, your habits are different and your sensitivities are different. All of this creates what we know as the Market.”