5 tried-and-true tips to boost your thesis

Strengthen your academic writing with these insights
|
By Josh Hawley 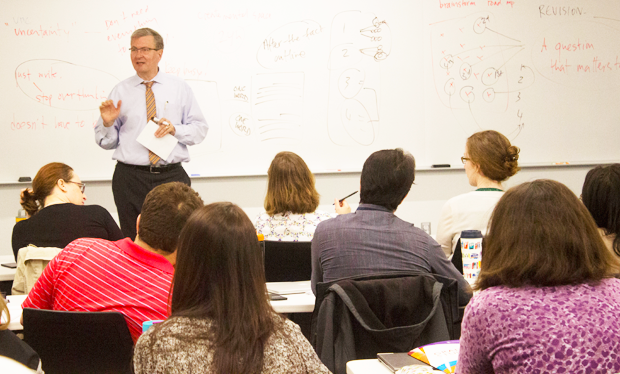 Twelve to 17 drafts — that’s when Concordia’s president Alan Shepard knows he’s just about finished crafting a piece of academic writing. But how did he get there?

Last year, Shepard, who is also a professor in the Department of English, shared his personal and professional insight at a writing workshop for Thesis Boost, hosted by GradProSkills.

Shepard's first piece of advice: never start your writing on a computer.

The word processor is too rigid a tool, it easily distracts, and words on the screen immediately look perfect, he said. Starting casually and away from your computer will help ideas flow and allay anxiety.

“I urge you to get out a good old-fashioned pencil, take some blank paper and start by putting down facts, arguments, ideas, opinions and examples all across the page.”

This jumble of notes will form what Shepard calls a brainstorm road map. Aim to get the big picture all on one page.

Your brainstorm road map should lead you directly to your first outline.

Identify and separate the “big fish” from the “little fish” by circling the four or five most significant points and ordering them. The remaining “little fish” should fall somewhere under one of these main points.

“Maybe at this point you'll be ready to start writing,” said Shepard. 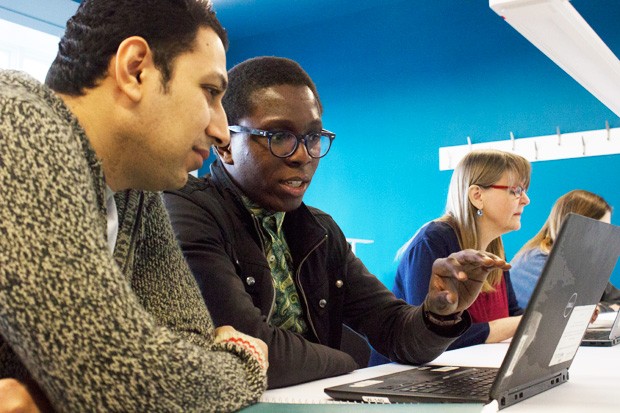 For a first draft, Shepard recommended pencil and paper again. “It slows you down. It slows down your thinking, it slows down the anxiety,”

After you’ve written out your first draft by hand, read it out loud to yourself. This helps to identify trouble sentences or fractured ideas, he added.

You can also use voice-recognition software to dictate what you've written into your computer as another means of revision.

However you choose to complete it, the first draft will most likely be missing important ideas or be full of uninteresting ones. But that’s no reason to panic.

“The reason why you can write a bad first draft is because it's not going to be your last draft,” Shepard said. “It's going to take you some time and it's a lot of hard work.”

4. Next up: the ‘after-the-fact outline’

One of the most difficult aspects of writing a master's or doctoral thesis is controlling an argument over such a large number of pages.

Nobody is born with this skill — it is learned through hard work and remains difficult throughout your career, said Shepard.

The “after-the-fact outline” is an opportunity to assess and analyze the architecture of your argument from a broad viewpoint. This will help you figure out if ideas are in the right order and logically connected.

Print out your draft, then describe the main idea or argument of each paragraph — the margins work well for this. Most likely, you will notice some paragraphs don't say anything in particular and could be either scrapped or combined.

Write all these keywords on a piece of paper and build a new outline. Have you identified the same main sections? You may realize, for example, that an idea you first relegated as a “small fish” turns out to be a big one.

“The big secret to writing these doctoral and master's theses is revision,” Shepard said.

Outlines lead to drafts, which lead to more outlines. This process requires time and patience. Don't feel pressured to show drafts you aren't happy with to your supervisor.

As Shepard pointed out, you'll get the most reward from comments about a draft that you’ve really worked hard to make better.

The final thesis will slowly but surely take shape: “When I get to somewhere between the 12th and the 17th draft, I'm usually done,” he said.