Heart disease prevention: why cocoa is your best friend ... with benefits

Take care of your ticker in the tastiest possible way — and sign up for one of Concordia's PERFORM Centre cooking classes
|
By J. Latimer
Source: University Communications Services 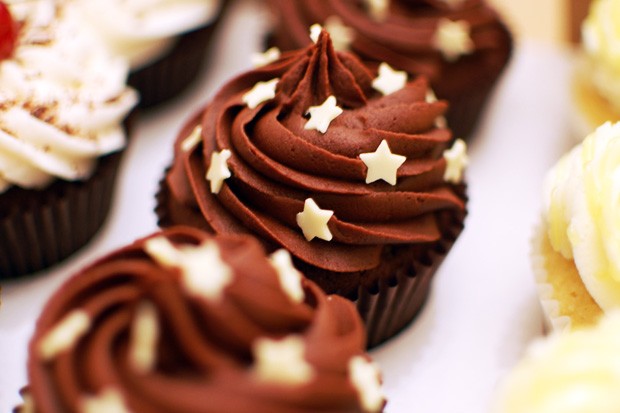 Valentine’s Day is behind us, but that’s no reason to stop eating chocolate. And I don’t want to hear any talk about moderation…. Well, okay, maybe a bit of restraint is in order.

In honour of Heart Month, Concordia’s PERFORM Centre held a cocoa-based cooking class on February 3, when participants made batches of orange brownies and mole, the classic Mexican sauce made with cocoa. If you missed the class, you can book it, and others, for groups of eight to 12 people through PERFORM.

Matters of the heart

“Studies show that a daily cup or two of hot cocoa can improve blood flow to the brain, boost memory and help older adults with mild cognitive impairment,” she says.

For example, in August 2012, the Cocoa, Cognition, and Aging (CoCoA) Study from the University of L'Aquila in Italy showed the benefits in cognitive function, blood pressure and insulin resistance through cocoa-flavanol consumption in elderly subjects with mild cognitive impairment.

More recently, in a December 2014 study by the same researchers in the American Journal of Clinical Nutrition, the results were similar for older adults without cognitive impairment. Those who drank cocoa with medium levels (520 mg) to high levels (990 mg) of flavanols daily for eight weeks showed major improvements on tests that measured factors such as attention, verbal fluency and working memory, compared to those whose cocoa had low flavanol levels (45 mg).

Bring on the KIT KAT? Not so fast.

But we’re not talking about the mass-market chocolate bars with less than 60 per cent cocoa solids (i.e., the sugary candy bars you find at the corner store). The added sugars outweigh the benefits.

“Dark cocoa solids are better, with less sugar added and no creamy centres. It’s the flavonoids in cocoa that are the antioxidants,” says Demmers. “They’re anti-inflammatory, anti-thrombotic and they provide vasodilatory benefits.”

Demmers adds that chocolate has also been purported to positively impact mood, an effect linked to the compound phenylethylamine (PEA), an endogenous neuroamine that behaves similar to amphetamine.

“However, the level of PEA in chocolate is much lower than levels shown to exert a pharmacological effect on mood in humans,” she says. “Other possible explanations for the euphoric effect of chocolate include its carbohydrate or caffeine content, or it may be due to a learned experience rather than a biophysical response. Research on the effect of chocolate on mood is ongoing.”

For those concerned about caffeine in cocoa, it’s good to get some perspective.

“One cup of coffee (250 ml) has 140 mg of caffeine, but one tablespoon of cocoa powder has just 8 mg of caffeine,” says Demmers. “And a 45 gram bar of dark chocolate has 20 mg of caffeine. That’s relatively low, compared to coffee.”

Cocoa, then, isn’t highly-caffeinated rocket fuel. When consumed in reasonable quantities (let’s not use the word moderation), it sounds like a healthy treat — a friend, with benefits.

Look for fair trade chocolate on campus! (Some of it is even locally processed.) It can be found at the Green Beet (Hall Café 4), at the AD, CJ and Rez cafés, and in campus vending machines (all operated by Concordia Food Services), as well as Café X, the G Lounge, the Hive Café and Frigo Vert (student-run initiatives).