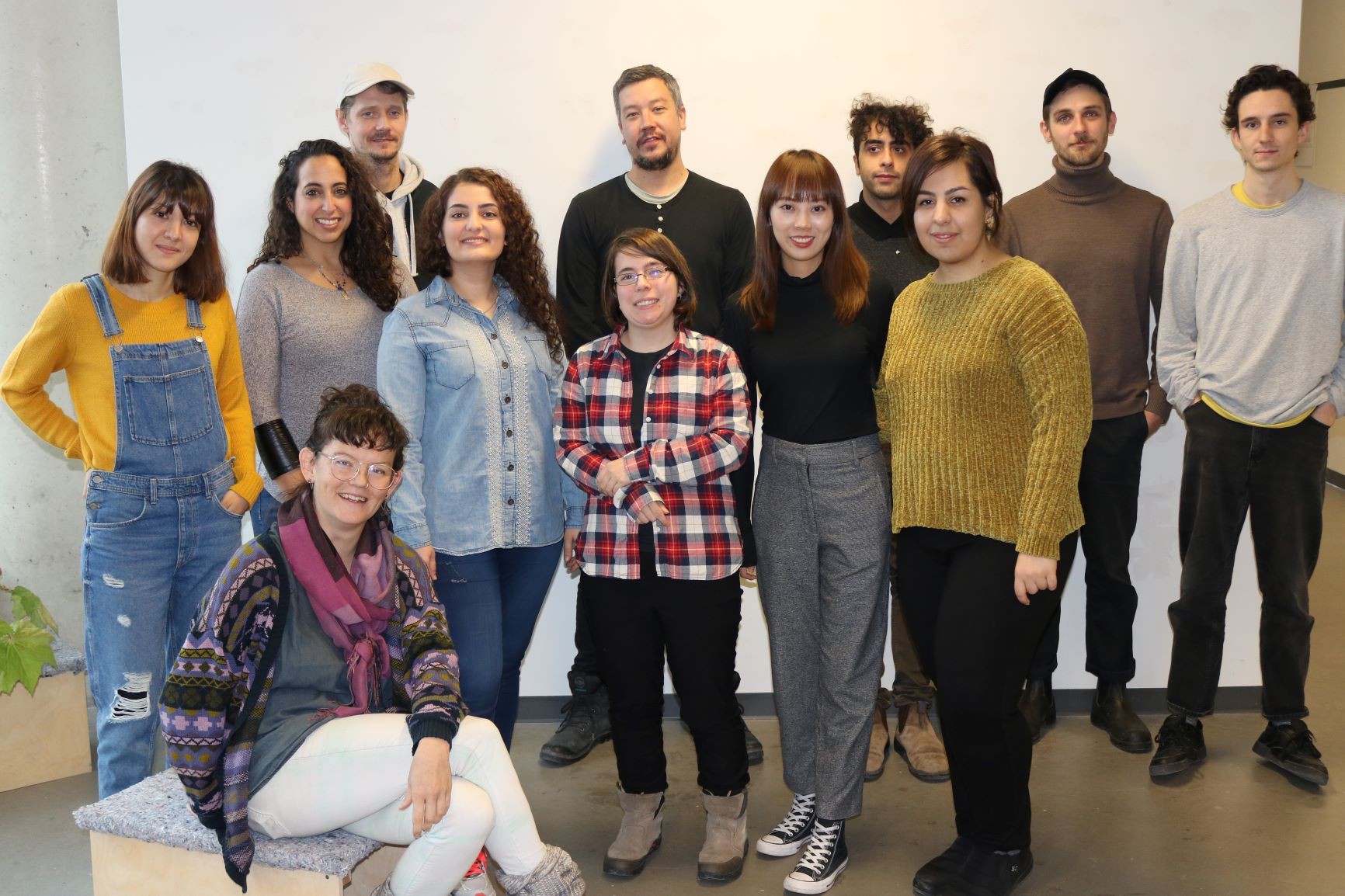 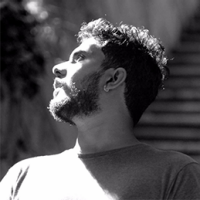 Pooyan Alizadeh is an Iranian, Montreal based, Visual Artist within the fields of videography and design. He holds a Bachelor of Urban Design degree. In his late high school years, he was being drawn to street art and public art, especially the latter that got him to make a short documentary about graffiti in Tehran, called ‘Concrete Canvas’ in May 2017. He is also a hobbyist film photographer and video maker. His concepts focus on social interactions happening in the heart of the city that influenced him as an audiovisual hobbyist. He likes to add this flavor of urbanism in any medium as a concept done by digital painting or storyboards for different media platforms. As his love for Augmented and Virtual reality raised, he started his research experience in the field of ‘virtual reality and public realm’ and ‘digital curation.’ He finds film photography exotic, as it is extraordinary how unpredictable each photo is and how it is impossible to have an accurate expectation until the picture is printed out. 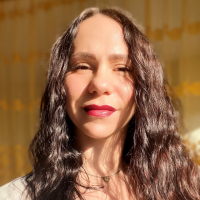 Lindsey Weller is a landscape designer who completed a bachelor in Environmental Design at the University of Manitoba’s Faculty of Architecture. Growing up in Winnipeg, her mother was an avid sustainable gardener and artist which influenced Lindsey’s life-long connection with plants and sustainable landscape design practice. Through her freelance designs, she introduced clients to sustainable gardening practices and native plant species. Later, her firm Love Every Leaf Landscape Design began to curate their own native ground-cover seed blends as alternatives to typical high- maintenance green lawns. Lindsey found the landscaping industry to be dominated by non-sustainable approaches and plant typologies which was a hindrance to her practice- her current work is a response to these challenges. Her research interests reside in the nature of plants themselves, exploring their agency as materials to understand and ultimately re-situate how people view, categorize, and shape the land. Most recently her work explores the use of biomaterials as planting supports to reimagine large-scale planting processes. 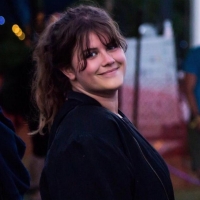 Katrina is currently completing a Master of Design at Concordia. Both within and outside of academia, notions of boundaries, transformation, memory, and transition have informed her practice. Whether solidified into the more concrete language of colour and pattern in painting, used as a way to incorporate a more temporary, emotional and unstable understanding of space within architecture, or thought of in relation to the body in installations, these ideas remain a consistent driving force to think about space and spatial experience. Currently, she is interested in exploring the potential in poetic analogies as a way to set up relationships between things that rarely come in contact with one another - painting, body boundaries and spatial borders - to merge questions of transformation and thresholds that emanate from the body with those characteristics to larger-scale spatial borders and boundaries. 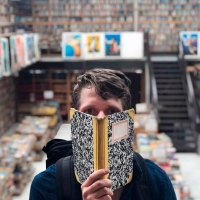 Harley Smart is a painter, bookbinder and publisher based in Montreal since 2005.

With a creative practice at the intersection of new media, painting and bookarts, his research within the MDes program is one of inquiry around the impact of machine intelligence on artistic practice and specifically its disruption of bookarts.

In 2004, Smart and Ryan Thompson started Anteism Books, which continues to publish artist books while experimenting with new trajectories and methods in arts publishing.

Since 2010 he has worked closely with The Hole Gallery (NYC) as their Publication manager, and in 2013 he opened a commercial bookbindery called BookArt, which continues to operate in Montreal’s Mile End.

Most recently, Smart founded the Anteism Books gallery which occupies a 4000sq commercial space in Montreal’s Mile X and provides a space for dialog, publications and exhibitions around new sustainable futures in the arts. 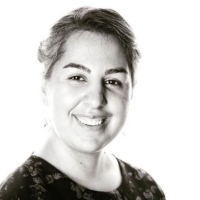 Hanieh is a visual and narrative designer. She has a bachelor’s degree in graphic design, and she is a self-taught narrative designer. She started her work as a designer in video game industry back in 2011. She had the opportunity to work with several great teams on various projects. She came to Concordia University, seek to know more about design in one of the best educational environments. In her master’s, she focuses on narrative and conversation design in video games. 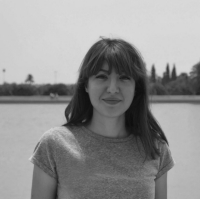 Camelia is an interior architect and researcher who aims to resist the hegemonic conditions in architectural practices. During her BSc in interior architecture and environmental design, she developed a strong interest in designing for social change, which led her in 2015 to participate in a field study on the impact of gentrification on community bonds. Along with her studies, she worked in various branches of interior architecture, such as acoustic consulting/design in healthcare environments and multicultural furniture design. Currently, she is an MDes student working under the supervision of Prof. Rhona Richman Kenneally; her research focuses on exploring the possibilities of architectural materiality in creating inclusive learning spaces. Camelia’s main driving forces are: shifting away from an ageing modernist educational culture and growing awareness of the necessity to design spaces collaboratively. In 2018, she was among the selected winners of the international symposium Caumme-paumme, a competition that addressed the meaning of borders in Architecture and Urbanism in the Mediterranean and the Middle East. She also received the QS Concordia Scholarship which, presently allows her to pursue her academic adventure within a stimulating multidisciplinary atmosphere. 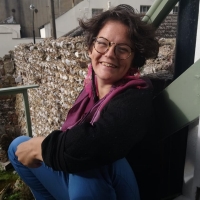 Enns has an undergraduate in Systems Design Engineering (2010) but quickly realized the engineering world was not playful enough for her. Originally from Waterloo, Ontario, Enns has lived all over the world, most recently calling both Brighton (UK) and Ottawa (Canada) home before moving to Montreal in September 2019.

Enns uses her art practice to explore how we as humans collide with the environment and urban spaces we inhabit (and one another) in a playful and curious manner.

Check out some of her work at https://triciaenns.com/ 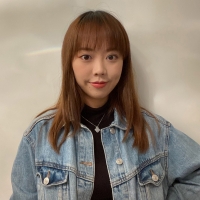 Siyu Xie is an interior designer and artist who is interested in studying
well-being and the dynamic interrelationship between humans and built environment. Originally from Guizhou, China. She completed her bachelor’s Degree in Artistic Design-Interior Environment from Southwest Forestry University in summer 2016. During her undergraduate study, she focused on studying Chinese traditional culture through design and bringing traditional Chinese philosophy into modern interior environment.

Beside interior design, Siyu is also a painter who is passionate about acrylic painting and mural painting. She had worked on many mural paintings from China to Canada.