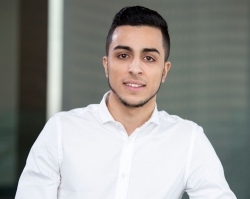 Drawing on his research studying aging in Concordia biology professor Vladimir Titorenko’s laboratory, Medkour describes the standing of the anti-aging research field. He believes aging is not a mystery anymore. Giants like Google-owned Calico and pharma AbbVie are investing billions in anti-aging research. He describes how even his research led to the discovery an extract from the white willow bark that greatly extends lifespan.

“Unfortunately, the fight against aging has been a complex one mainly because of the pro-aging stance that is supported by the community-at-large and some radical thinkers who believe aging is universal and part of the normal course of life, and that it shouldn’t be tinkered with," Medkour writes.

"Yet these same people have nothing against curing cancer, cardiovascular diseases, diabetes, Alzheimer’s, Parkinson’s and other diseases of old age. Treating such diseases will prevent them from killing you and logically make you live longer. Interestingly, most of the diseases that remain without a cure are caused by aging and their incidence increases as we get older.”