Cyber-resilience expert: what are the employment prospects? 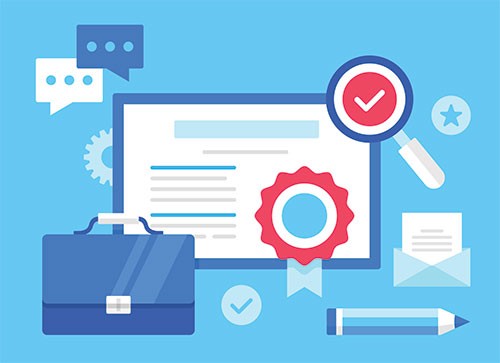 Canada is one of the most globally connected countries in the world. In the province of Quebec for example, virtually the entire population is connected through digital technology in one way or another. In fact, 93 per cent of all Quebec households have internet access and Quebecers spend, on average, 36 hours a week online, according to the NETendances survey done by CEFRIO in 20181. If we subtract eight hours of daily sleep, that means that we spend almost a quarter of our lives in the digital world!

But while cyberspace offers infinite possibilities, it’s also a place filled with sensitive personal information that hackers thrive on. We have to remember that cybercrime is an industry unto itself and the number of cyberattacks is rising prodigiously.

According to estimates, global cybercrime cost society $600 billion a year in 2018.2 There’s no doubt that number is much higher today.

Digital life comes with a host of criminal threats to individuals, businesses and organizations who all store their data in cyberspace. Learning how to protect that information is a burgeoning field. It’s simple: we’re at war with invisible criminals who come from all over the world and who are often out of the reach of Canadian law. It’s a cyberwar against cyber-enemies.

For obvious reasons, G8 countries are more likely targets for cybercriminals. Not surprisingly, Canada is among the top 10 world leaders in cybersecurity and cyber-resilience. Every year, Canada dedicates huge portions of its budget to combatting cybercrime and developing better methods of cyber-protection.

On its Public Safety site, the Government of Canada posts the following3 (which it cites from Research and Markets, “Cyber Security Market – Global Forecast to 2021,” August 2016): “Cybersecurity continues to stimulate innovation and economic opportunities in Canada. It represents $1.7 billion of Canada’s GDP and generates more than 11,000 well-paid jobs. As the field of cybersecurity is expected to grow by 66% on a global scale by 2021, thousands more jobs could be created for Canadians in the coming years.”

What’s more, Quebec recently implemented its first governmental cybersecurity policy in March 2020.4 In his presentation of the policy, Eric Caire, Minister Delegate for Governmental Digital Transformation said, “the crucial and strategic importance of a government to ensure its cybersecurity in a perpetually evolving digital world is an acknowledged reality shared by the ensemble of players on the national and international stage” and that “considering the exponential rise in the stream of personal and professional data, we must provide every Quebecer with secure digital services.”

Very recently, the city of Montreal established the Accélérer les talents program, which is a step in the same vital direction — one that shows a strong will to make industry and government administrations more cyber-secure and cyber-resilient than ever.

Both the federal and provincial governments of Canada are investing heavily in the areas of cybersecurity and cyber-resilience to counter the rising number of cyberattacks. In fact, more than $1 billion was invested in 2019 for university research, thereby stimulating an increase in job prospects in the field of IT.

According to a recent publication by Montreal International5, in the Greater Montreal region, there are currently more than 17,000 jobs in the field of cybersecurity and over 300 researchers in artificial intelligence working to meet the challenges of protecting personal data.

Jobs for experts in cybersecurity and cyber-resilience are highly valued and just as highly paid, as shown by this survey of salaries conducted by Technocompétences6, which lists the top 10 highest paid IT jobs in the province of Quebec.

In short, cyber-resilience experts have a great future in a booming field.

Find out more about our new online Diploma in Cyber Resilience, the application form and the bursary eligibility.