Alumni return to Concordia for Homecoming 2022 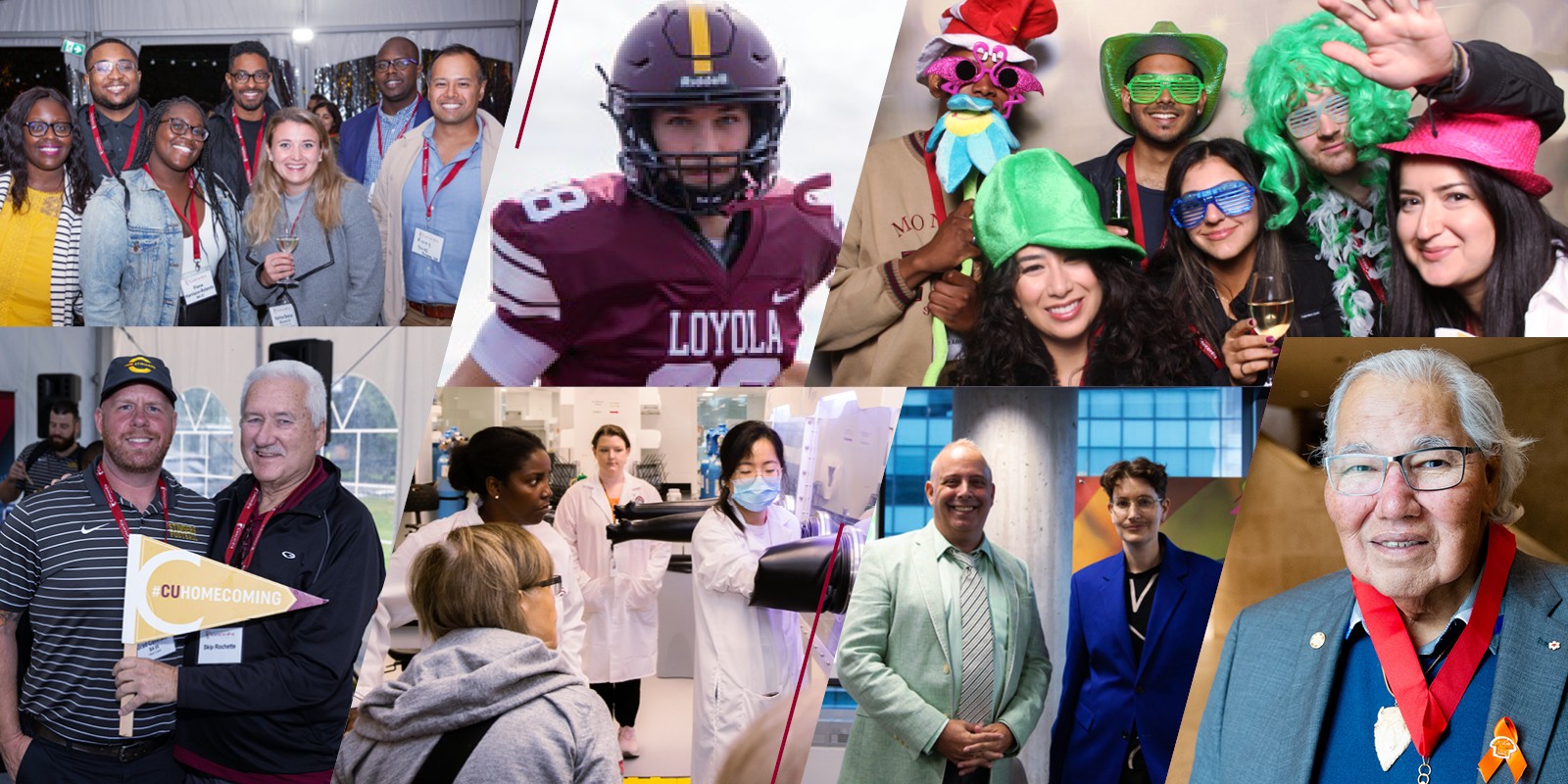 Concordians reunited on campus and online for a slew of events celebrating Homecoming 2022.

Concordia community members returned to campus for Homecoming 2022 — the university’s first in-person edition since the onset of the COVID-19 pandemic — from September 14 to 17.

Read on for a recap of this year’s programming and activities.

Around the world, hundreds tuned in virtually to watch the Honourable Murray Sinclair, LLB MSC IPC — former senator, judge and chair of Canada’s Truth and Reconciliation Commission (TRC) — receive the Loyola Medal, the university’s most prestigious non-academic honour. The ceremony was livestreamed from the Winnipeg Art Gallery on September 15.

“When one thinks of public service in our country, there are few more poignant examples than Justice Sinclair, who devoted six years of his life to chairing the Truth and Reconciliation Commission,” said Concordia President Graham Carr.

“Demonstrating incredible person strength, conviction, perseverance and leadership, he challenged all Canadians to learn, reflect upon and confront this country’s long history of oppression, violence and discrimination against Indigenous people.”

Following the medal presentation was a conversation with Sinclair, moderated by Allan Vicaire, BA 09, senior advisor of Indigenous Directions at Concordia. View photos.

To mark the Webster Library’s 30th anniversary, alumni and friends gathered for tours of its next-generation facilities, including the technology sandbox, zero-noise room and collaborative workspaces on September 16. View photos.

Graduates of Loyola College, one of Concordia’s founding institutions, reconnected and honoured the rich history of their alma mater at the afternoon Loyola Alumni Reunion on September 16. Attendees received a Loyola College commemorative booklet. View photos.

That evening, the Football Alumni Dinner celebrating championship teams of the past brought back players from the 1962, 1968 and 1972 Loyola College teams, as well as the 1982 Concordia Stingers, all marking milestone anniversaries this year. Georgians football alumni also attended, keen to reconnect in-person after several virtual reunions in recent years.