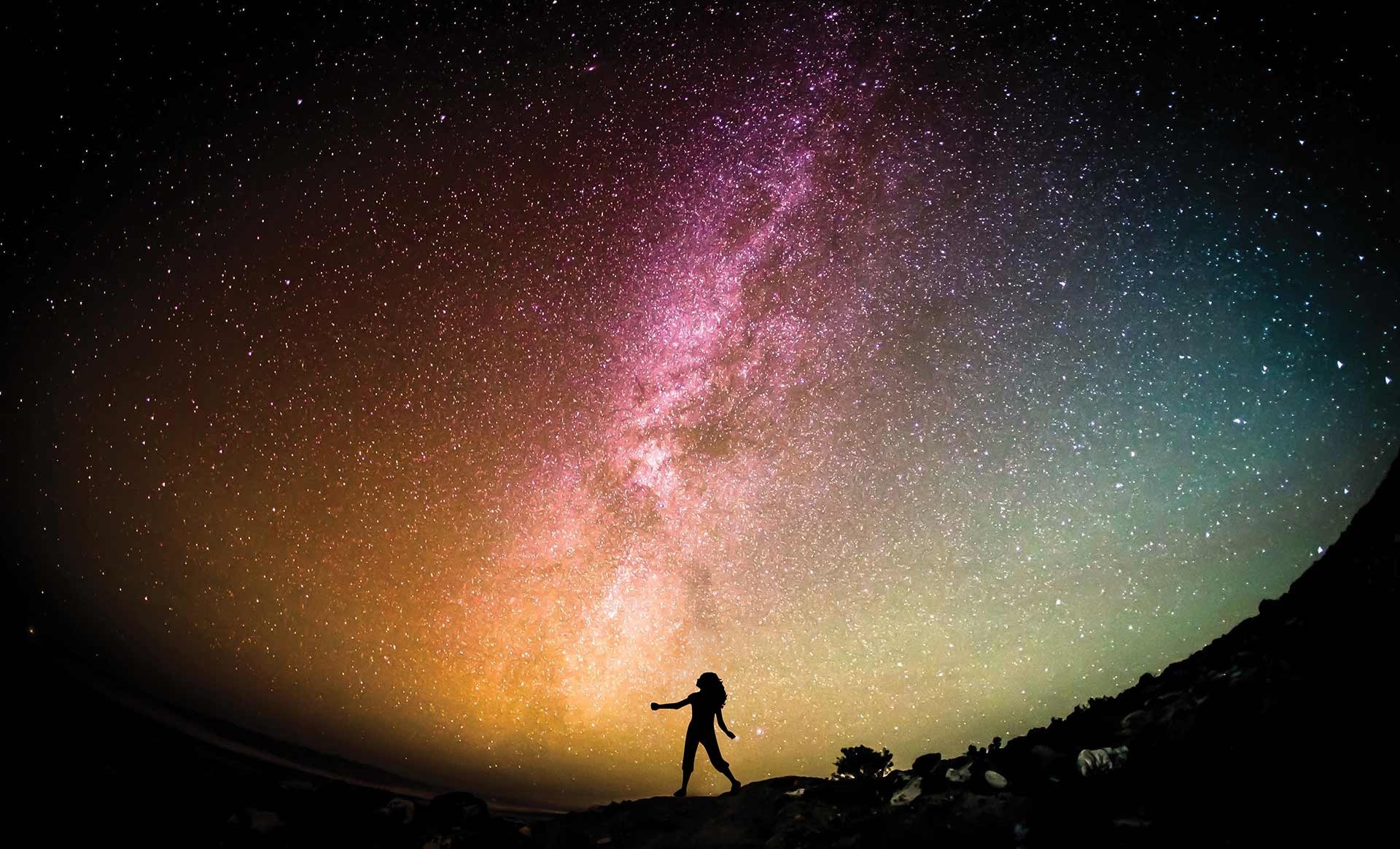 When NASA’s Perseverance rover landed on Mars on February 18, 2021, the world was captivated. The event made international news, trended on Twitter and was watched by more than 21 million people on a YouTube livestream.

The popular interest reflected a resurgence in enthusiasm for the cosmos and its mysteries. It’s not just the general public that is animated, either.

What will the near and distant future of space exploration look like? What will it require to realize? And what role can Concordia and its graduates play?

An easier path to the stars

An entrepreneur of Elon Musk’s magnitude and wealth naturally draws attention to whatever it is he seeks to do. Founding SpaceX has been no exception. The company seemingly makes the news every week with the launch of a rocket — whether it’s one delivering International Space Station (ISS) supplies, orbital satellites or astronauts.

SpaceX is, of course, not the only private company that has ventured into space. Jeff Bezos’ Blue Origin and Richard Branson’s Virgin Galactic are following suit. “They’ve made a huge impact on the space industry,” says Krzysztof Skonieczny, the Canada Research Chair in Aerospace Robotics at Concordia, as well as an adjunct professor. “They’re part of a larger commercial ecosystem that is developing around space exploration.”

That hasn’t always been the case. 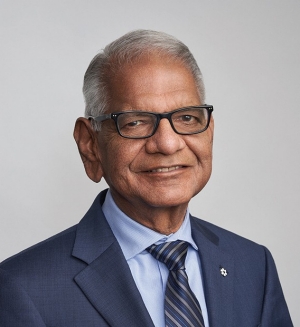 “University scientists are the ones who generally push exploration,” says Virendra Jha, PhD 82

“For many years, space programs were driven by government agencies,” explains Virendra Jha, PhD 82, a Great Concordian and former CSA vice-president of science, technology and programs.

While numerous private companies are investing in space exploration to make space tourism possible, offering people the thrilling experience of seeing Earth from above, that’s not the reason industry professionals like Skonieczny and Jha are excited.

It’s rather the fact that companies with bottomless budgets, like SpaceX, have entered the field in order to lower the cost of launches and thereby increase their frequency.

For the moment, that service has made it easier for parties to send technology into near space. But it will also be valuable when space exploration gains traction in the future, and ambitious missions set their sights on distant planets and moons. In other words, these initiatives may be run by private enterprises, but they benefit everyone in space exploration.

“We’re always rooting for [these companies] to succeed, because what’s good for any company is good for the whole industry,” says Carmit Tzoubari, BEng 14, a system engineer at NASA’s Jet Propulsion Laboratory. 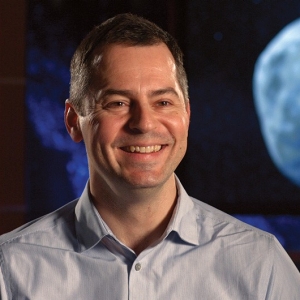 “We’re going to be answering some fundamental questions about the formation of the universe,” says Tim Haltigin, BSc 02. | Photo: Canadian Space Agency

While the private-sector rocketry boom will continue to fulfill an important practical need, other in-progress plans promise something much more profound in the near future: unlocking the universe’s mysteries.

First, there’s the James Webb Space Telescope, expected to launch in October 2021. A NASA, European and CSA collaboration, the space observatory will use advanced infrared technology to look up to 13.6 billion light years away. What could be seen might yield answers about how the universe — and life on Earth — came to be.

“It’s going to basically peer back almost to the beginning of time,” says CSA’s Haltigin. “We’re going to be answering some fundamental questions about the formation of the universe itself.”

The OSIRIS-REx, launched in 2016, may provide similar revelations. The spacecraft’s objective is to study the asteroid Bennu, located around 321 million kilometres from Earth, which could offer clues about our existence.

“This is a mission that’s going to allow us to understand the very beginnings of the solar system, how planets form and potentially where the building blocks of life come from,” says Haltigin, who contributed to the project. Since it arrived at Bennu in 2018, the OSIRIS-REx has been using a CSA-made laser scanner — named OLA — to conduct detailed geographical measurements of the asteroid’s surface. It will also collect samples to be returned to Earth by 2023.

Mars, the moon and the search for water

No accomplishment in the space industry is dreamed of more than putting humans on Mars. It’s likely it may not be possible for another decade, but numerous efforts are underway to realize that dream. Landing on Mars was certainly its own accomplishment for the Perseverance rover, but it’s also there to scour the planet’s topography (and gather samples to be returned in 2031) to better understand its viability for human survival.

Similarly, there are colonization-friendly projects underway like the RASSOR, an excavator capable of extracting water from extraterrestrial soil, or the Orion Spacecraft with a paired launch system powerful enough to propel payloads or astronauts into deep space. 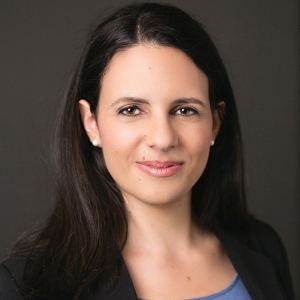 “What is universally valued is practical experience, which I did get a lot of at Concordia,” says Carmit Tzoubari, BEng 14. | Photo: Rose Pierce

Our moon will play a pivotal role in future plans for Mars as well. NASA and other international agencies are working on the Lunar Gateway, an ISS-like space station that will orbit the moon and be completed by 2024. Functioning autonomously (aided by CSA-provided external robotics and a mechanical arm like the ISS has), part of its purpose will be to serve as a starting point for travel to the red planet. However, the Gateway is also part of NASA’s Artemis program, looking to put humankind back on the moon and eventually establish a permanent foothold there.

Lunar landings will be launched from the station in order to continue studying its surface. That may involve Canada’s Lunar Exploration Accelerator Program, a $150-million initiative to put the first Canadian rover on the moon. But it will also include ventures to its southern pole to find water, both to determine if life exists on the moon and for possible settlement.

Water will be a driving factor for deeper ventures into our solar system as well. “When we talk about human exploration, water is an essential ingredient,” says Virendra Jha. Adds NASA’s Carmit Tzoubari: “Everywhere that we find liquid water, we find life. So NASA’s been looking to where in our solar system there’s liquid water to try to find signs of life there.”

That has led to planned missions to two other moons — Saturn’s Titan and Jupiter’s Europa. “There’s strong evidence that there are ocean worlds on these moons underneath layers of ice. So these are destinations that are unique in the solar system that we haven’t had a chance to sort of touch and explore up close yet,” says Skonieczny.

That will change with NASA’s Europa Clipper mission, which will send a spacecraft to orbit Jupiter to look for water and whether the moon could sustain life. A mission called Dragonfly will send a drone down to the surface of Titan to seek similar findings.

Securing the future of space exploration 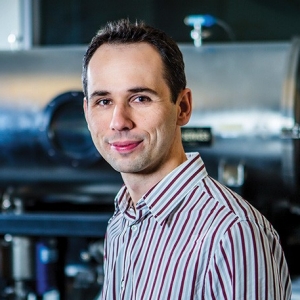 “There’s strong evidence that there are ocean worlds on these moons,” says Krzysztof Skonieczny

Jha believes academic research and programs could be an important target for further support. “University scientists, and scientists within government organizations, are the ones who generally push exploration,” he says.

Skonieczny echoes that sentiment. “I feel like there’s some untapped potential for shifting more of the emphasis in Canada’s work in the space domain into the academic setting,” he says.

Skonieczny’s belief is grounded, in part, in the promise he sees in Space Concordia. Founded a decade ago, Space Concordia is a society that allows undergraduate and graduate students to pursue their passion for space with hands-on projects.

Members of Space Concordia have a chance to contribute to four divisions: Robotics, Spacecraft, Rocketry and Health. Each division’s current work reflects a glimpse of the future. 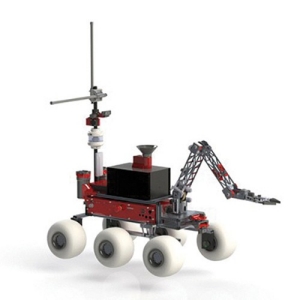 A rover developed by students with Space Concordia’s robotics division

Robotics is working on a science and astronaut-assisting rover for Mars. Spacecraft is working on the Canadian CubeSat project, a CSA-funded endeavour to launch toaster-size satellites from the ISS in 2021 to perform experiments and observation.

Rocketry is designing award-winning civilian rockets that can reach the edges of Earth’s atmosphere — earlier this year a team from the Space Concordia division won a top design prize at the Base 11 Space Challenge.

Lastly, Space Health is pursuing the exploration of health technology for deep-space missions.

Space Concordia’s efforts aren’t just worthy of support in their own right, but because they’re giving hands-on experience to the future workforce of the industry. “What is universally valued is practical experience, which I did get a lot of at Concordia,” says NASA’s Tzoubari. “That’s the kind of thing that employers love to see.”

Stroica has seen employers recognize fellow Space Concordians and grads. “They almost always find something related to space or space exploration, and it just makes me so hopeful,” Stroica says. It should make the industry hopeful, too.

The lifeblood of space exploration is collaboration — the exchanging of ideas from those new and seasoned in the field. Realizing our future — be it with the moon, Mars, Europa or the edges of the universe — can only happen with those willing to work together across disciplines.

“Because space is so difficult and it really takes people getting together, the challenges are often too great for [anyone] to do alone,” says Haltigin. But with a new golden age looming, he has no doubt that people will rise to the challenge. “Space is every day becoming more a part of our daily lives. That is only going to continue.”