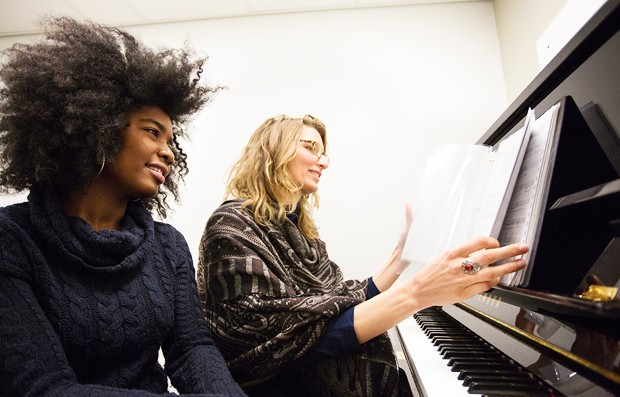 Montreal is made for artists. It’s affordable, diverse, creative and full of young people.

Concordia’s Faculty of Fine Arts lives in the heart of the city, and there’s a strong cross-disciplinary buzz here. Fine arts students frequently go beyond their nine departments to connect with the larger student body and Montreal’s many creative communities.

Two financial realities also make the city a fine arts student’s paradise: we have some of the lowest tuition rates in Canada and an affordable cost of living. The average monthly rent for a one-bedroom apartment here is under $700 — compared to more than $1,000 in Vancouver or Toronto.

Montreal also has one of the largest student populations in North America, making it a busy cultural crossroads.

We asked 10 undergraduate and graduate students why they chose to study fine arts at Concordia.

“I’ve been able to develop as an artist because I’ve been given space to grow,” says Zeke B Rothfels, a fourth-year drawing student from Toronto. “Concordia is a lot less prescriptive than other art institutions.”

Montrealer and film animation major Marielle Dalpé says she came to the university without any knowledge of how to animate. “Now I consider myself a good animator. I loved my three years here and I feel ready to go out into the world.”

Rothfels also points to Montreal’s independent spirit as a factor in his decision. “There’s a really strong DIY culture of people creating the kind of art world they want,” he says. “Instead of waiting for opportunities to come to them, artists create the kind of spaces they want to be existing in.”

The number of exhibition spaces on campus impressed Autumn Cadorette, a second-year studio arts student. “We have the VAV Gallery and we have the FOFA gallery, Café X and the Ellen Gallery on campus, which is good because it gives us a place to show our work,” she says.

“Things like Art Matters connect you with other galleries and encourage links between art students and the city.”

3. A good return on investment

Jazz studies alumna and Montreal transplant Anuschka Wright (BFA 16) is originally from Nassau, Bahamas. For her, the cost of living was a huge draw. “When you compare the price of an apartment in Montreal to New York City, it’s a no-brainer.”

“Puerto Rico doesn’t have anywhere to study art, so I couldn’t go local,” adds Andres Valiente, a first-year film studies student. “If I’d have gone to the US, I would have collected a huge amount of debt. Concordia had a good reputation and is a lot more cost-effective than many American colleges. I’m happy that I will be here for the next four years.”

Miranda Ramchatesingh, a second-year art education student, says she appreciates Concordia’s multi-disciplinary emphasis. “Students look at how other disciplines can be incorporated into art. People think that art is just making, but it incorporates culture, society, economics and science as well.”

One of the things that attracted Christine Swintak, a third-year intermedia graduate student, to Concordia — instead of an arts-only university — was that it opened up the possibility to access other faculties. “Programs like FOYER actively seek to connect students from the arts with students from sciences, engineering and mathematics to explore collaboration,” she says.

“I didn’t know, going into my MFA, that I would try working with dancers, micro electro mechanical engineers and neuroscientists, but I’ve grown from those experiences. Art is a natural conduit between the empirical and the subjective, and the need to integrate art, science and societal realities feels more important now than ever!” 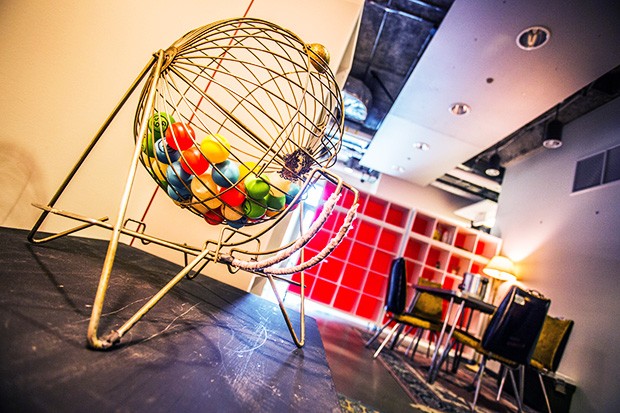 Christine Swintak, a third-year intermedia graduate student: “Programs like FOYER actively seek to connect students from the arts with students from sciences, engineering and mathematics to explore collaboration.”

The university’s bilingualism was one thing that swayed Amélie Girard, a francophone student in her second year of art education. “I think Concordia is very welcoming to francophones and anglophones. It’s amazing that people can be so open to learning other languages. It’s very important too — being bilingual is one of my strengths.”

7. Live in a safe, cosmopolitan city

“Montreal has a nice city feel,” says Valiente. “Honestly, there’s always something to do here. There’s never a dull moment,”

“Montreal is a great city to live in. If you compare it to other cosmopolitan cities around the world, you’ll easily notice how it stands out as a politically open, multicultural place. Because of its openness and its expressions of diversity, it is a safe environment in which to live and study as well.”

8. Be part of a diverse community

Katrina Grindley, a second-year studio arts student, says a big reason she chose the university is because it’s a safe, open and accepting place.

“There are so many artists going through their gender transition or figuring out their sexuality,” she says. “I feel like Concordia in particular is seen as a good place for people to be able to explore that. The professors and our peers, we’re all going through that together in a sense, we’re figuring out who we are. It’s a safe place to do that with other people. It’s important as a young person to be accepting of that whole space in terms of race, gender or sexual preferences.” 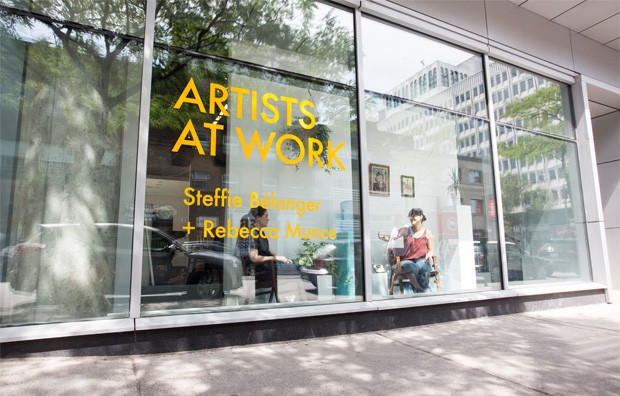 Another factor in Girard’s decision to attend Concordia was the networks that exist to help students achieve academic success. “There are a lot of teachers and administrators that we can go to for help,” she says.

“Even other students from upper years come to talk to us if we have questions. We have a lot of support from the admin because in art education there are many exams that we need to take to actually teach.”

Finally, Grindley points to the vast selection of tools, materials and spaces available to her and her fellow students as a key ingredient in what makes Concordia a good choice when it comes to deciding where to study fine arts.

“I am in print media and the facilities are top notch,” she says. “The lithography studio, the screen print studio, the intaglio studio — they are all state of the art, super clean and the ventilation is top notch. It’s a safe, professional place to be working and my needs as an artist trying to develop skills in printmaking are totally met. There’s always a supervisor around to help with questions, because it’s very technical.

Visit a Faculty of Fine Arts department at Concordia today, or connect with the Faculty on the Future Students Facebook page.