How external factors can change our brains

Linda Booij, an associate professor in Concordia’s Department of Psychology, hopes her research on brain development, with regard to serotonin and other brain chemicals, will one day help pediatricians improve treatment, prevention and intervention. 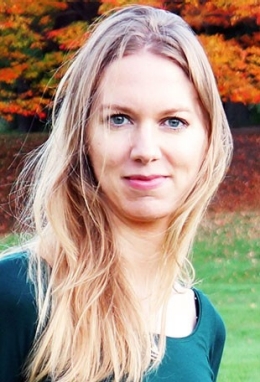 A strategic hire in trauma intervention for her department, Booij also recently joined the team of 40 researchers at Concordia’s PERFORM Centre, which aims to improve health through scholarly inquiry, teaching and a wide range of community programs.

Serotonin is important in mood and memory, among other functions, and has long been studied in relation to anxiety, depression, aggression and even suicidal impulses.

Booij says her own work focuses on serotonin's role in the development of the human brain before birth and in early childhood.

In particular, she's interested in the epigenetics of the question of how external environmental factors can cause genes to be "switched on" or "turned off" in the fetus and infant; and how it affects brain development.

Gene activity is mainly determined by DNA, but scientists now know that an individual's environment can trigger some genes and quieten others. The challenge for Booij is to better understand how stresses during pregnancy and in the first years of life may lead to unwelcome changes via serotonin and other neurotransmitters.

“We know from animal work that environmental factors can influence your neurochemicals, in utero and in childhood," Booij says.

It is important to note that external stresses "don't mean a person is stuck for life,” she adds. “There are many ways to compensate — you're not doomed to depression for example."

Consequences may be modified, if not reversed, by, for instance, sound parenting, she says. A positive and enriching environment for an infant may help to compensate for perinatal stresses and early childhood adversity to the brain's development.

"We would expect from animal work that brain plasticity can take place: the brain is prone to change by environmental factors,” Booij says. “There is some evidence that some damage can be compensated for."

She's studying the genes that regulate serotonin, but also those linked to other neurotransmitters, as well as to hormones and biochemicals that affect human brain development and behaviour.

"With this equipment we can look at the structure of the brain and how it responds to certain stimuli, and look at specific neurotransmitters."

It's a complicated and important field. "In the long term my research, a better understanding of early brain development, might help develop treatment, prevention and intervention programs for at-risk populations."

Find out more about research at the PERFORM Centre.