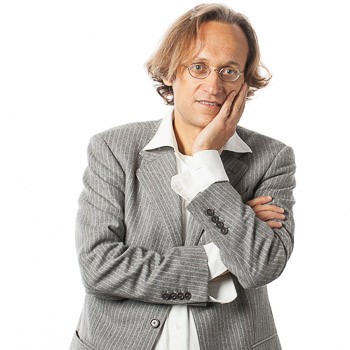 Dr. Andrea Falcon, beloved teacher and world-renowned scholar in ancient philosophy and Aristotle, has taken early retirement from Concordia as of January 2022.

Dr. Andrea Falcon arrived as an Assistant Professor at Concordia University in July 2005. He became Associate Professor in 2008, and Full Professor in 2020. While at Concordia, he published three monographs and four edited books. We are grateful for his many contributions to the Department of Philosophy, including the mentorship he provided to undergraduate students while teaching his foundational ancient philosophy courses, PHIL 260 and 261, and the steady leadership he offered to the Philosophy Master's program during his four years as Graduate Program Director.

Dr. Falcon will remain part of the Department of Philosophy with the status of Emeritus Professor. He is currently teaching at the University of Milan (Italy). Dr. Falcon’s research has two main foci. The first is Aristotle, with a special concentration on his theory and practice of scientific explanation. The second is the Aristotelian tradition in antiquity and beyond. He is the author of several books on Aristotle and the Aristotelian tradition, including Aristotelismo (Einaudi 2017); Aristotelianism in the First Century BCE: Xenarchus of Seleucia (Cambridge 2011); Aristotle and the Science of Nature. Unity without Uniformity (Cambridge 2005); and Corpi e movimenti. Studio sul De caelo di Aristotele e la sua tradizione mondo antico (Napoli 2001). His most recent edited book on Aristotle and his elemental theory, Aristotle: On Generation and Corruption Book II, Introduction, Translation, and Interpretative Essays, is forthcoming from Cambridge University Press in November 2022.

You can find out more about Dr. Andrea Falcon's research at https://www.andreafalcon.net/.