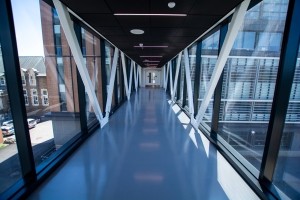 The Department of Philosophy is pleased to announce that Ashkan Haghighat, BA student pursuing Honours in Philosophy, is among the recipients of a Concordia University Student Research Award (CUSRA).

Their summer research project, "Under What Circumstances is Certainty Achievable for Human Beings?" will be supervised by Dr. Nabeel Hamid.

"Following the writings of Descartes, but with a primary focus on more recent philosophical literature including authors such as Russell, Moore and Wittgenstein, I intend to explore the question of whether epistemic certainty is achievable for human beings beyond the domain of mathematics and the like. More specifically, I aim to read Descartes's Meditations on First Philosophy, Wittgenstein’s On Certainty, Bertrand Russell’s Human Knowledge: Its Scope and Limits, Robert Pasnau’s After Certainty, as well as Roderick Chisholm’s Theory of Knowledge. By carefully exploring these texts, I hope to gain a fundamental understanding of the evolution of the concept of certainty from Descartes’s time to the present day. I also intend to gain an understanding of the role degrees of certainty play in epistemic certainty by exploring some philosophical literature within the area of the philosophy of statistics. Using this understanding as a foundation, I aim to explore whether one can achieve certainty and if so, under what circumstance it is possible."

The CUSRA program provides funding to undergraduate students in the fine arts, social sciences, humanities, engineering and computer science, business disciplines, and natural and health sciences. The goal of the awards is to stimulate interest in research, participatory research, or research-creation work that will complement coursework and enhance preparation for graduate studies or research-related careers.