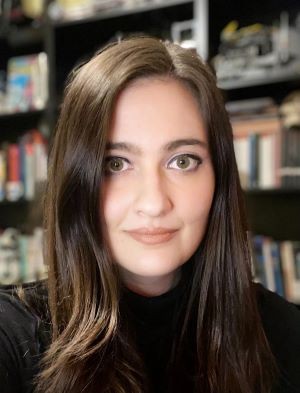 The Department of Philosophy is pleased to announce that Sorcha Watkin, BA Honours in English Literature and Major in Philosophy student, is the winner of the 2021 Vladimir Zeman Award for her essay titled "The Power of Feeling in Kant’s Moral Sublime."

Sorcha Watkin’s paper tackles the intriguing question of the relation between morality and feeling suggested in Kant’s account of the sublime. Building on leading contemporary scholarship, Sorcha argues for the bold thesis that, in light of Kant’s theory of the sublime, Kant’s concept of a moral law amounts to a rational understanding of moral feeling. Sorcha’s paper is elegantly written and argued. Her exegesis of a very difficult text displays impressive patience and maturity, as well as the confidence to stake out a creative position in dialogue with other scholars. Sorcha’s paper sets a high standard for achievement for our undergraduate majors.