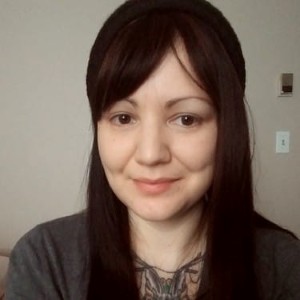 The Philosophy Department is pleased to announce that Michèle Martin, BA Honours student in Philosophy, is the winner of the 2020 Vladimir Zeman Award for their essay titled "Belief as a Natural Kind."

With the generous partnership of his family and especially his wife Zora, this annual and prestigious award is named in honour Dr. Vladimir Zeman, who was a professor in our Department of Philosophy at Concordia University from 1968 until his passing in February 2014, a total of 46 years. Dr. Zeman served as Department Chair from 1971-74, and Assistant Dean from 1979-83. He was also the co-director of the University Centre for System Theory and Knowledge Engineering, and served on numerous department and university committees throughout his career.

Dr. Zeman was instrumental in developing the Department's MA program and supervised numerous MA and PhD theses. At Concordia he was a pioneer in thinking about technology and environment, and teaching courses on this topic. He was an expert in the History and Philosophy of Science, especially from a neo-Kantian perspective, and lectured abroad in the Czech Republic, Germany, and Switzerland. In our department he taught courses on Kant, Philosophy of Science, Nineteenth Century Philosophy and Habermas, and numerous other topics.

In recognition of Dr. Zeman's Department contributions in these areas, this merit based award is bestowed on the student judged--typically on the basis of a submitted essay--to be most accomplished and promising in one of these areas.

This year, Michèle Martin was selected based on their superb submitted essay, which is in the Philosophy of Science area for which Dr. Zeman was known.

While addressing philosophical issues about the nature of belief, Martin's paper draws on work in cognitive science, including empirical work on mental state attribution and work in linguistics on second-order syntactic recursive-embedding in language. This allows Martin to compare the beliefs of both human and nonhuman animals while critically examining Hilary Kornblith's thesis that first-order and second-order beliefs form a single natural kind. Martin argues, for example, that while nonhuman animals do possess beliefs and exhibit first-order recursive thinking that produces rational behavior, they do not exhibit second-order recursive thinking. The result, Martin argues, is that human and nonhuman animals exhibit different types of thought that suggest there are two types of belief that do not form a single natural kind.

The faculty letter, from Prof. Murray Clarke, nominating Martin's paper describes these arguments and praises the paper, highlighting that it is: "a very clean and clear attempt to apply results from psychology and linguistics to a philosophical problem. As such the paper illustrates the value that cognitive science has for the enrichment of philosophy. Martin's creative weaving of results from three disciplines is skillful and very advanced for an undergraduate student... The work shows great promise."

As this year's recipient of the Vladimir Zeman Award in the undergraduate category, Michèle Martin will receive $300 and an award certificate.

Please join me in congratulating Michèle!