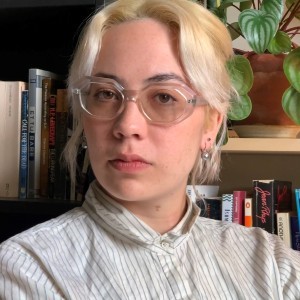 On Deleuzian Subjectivity: Overcoming Doxa and the Paradox of Faith

ABSTRACT: Students and interlocutors of Gilles Deleuze face an apparent theoretical impasse if his interdiction to “not interpret” him is taken seriously. This paper aims to uncover the philosophical and ultimately pedagogical impetus for Deleuze’s anti-interpretive imperative so as to uncover its implications for contemporary ‘Deleuzian’ thought as it pertains to Deleuze’s pragmatic aims for philosophy. Chiefly, I develop the paradox whereby faith to a thinker appears only in a betrayal of their intent, allowing their thought to become otherwise. The ‘problem of disciples’ appears within ‘Deleuzianism’ in regards to the disorientation followers experience in a commitment to a thought of difference that resists the pull of identity in proclaiming a final end. This paper, then, inquires into the theoretical ‘uses’ and ‘abuses’ of Deleuze as issued by the polemic of orthodox and heterodox followings. Similarly, I inquire into the doxa-fication of obscuring the more negative aspects of Deleuze’s thought; particularly, his conception of thought as occurring through a violence encounter with alterity. This force of difference that resists a telos, presents the challenge of enclosing in significatory meaning the excess over and above signification. This reconfigures the question of disciples to how it is possible to remain true to a vision of thought while seeking its comprehension and extension. By developing the pedagogical role of faith within Deleuze’s conception of ‘active’ thought, I interrogate the relation between him and the reader, uncovering the possibility of transformative thought through and within a surrender to the singularity of life, through a shared commitment to immanence.