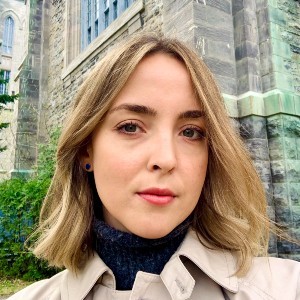 ABSTRACT: Is there an alternative to the dominant Western model of atomized egoic subjectivity? If there is, is it possible to ontologically (re)ground this alternate model of subjectivity in a relational alterity? In this paper, I answer in the affirmative. I offer this possibility by considering, ontic-ontologically, an other-than-egoic conception of the subject of the socio-Symbolic domain, through Julia Kristeva’s theory of dual signification (comprising both semiotic and Symbolic systems). This theory is found in Revolution in Poetic Language (1974) and is deepened through her later work Powers of Horror: An Essay on Abjection (1980). Through these—and the psychoanalytic and signifying theories that underpin them—I demonstrate how such an alternative is possible due to a shared originary (re)grounding negativity, which is to be understood as the differential precondition for both subject formation and signification. In so doing, I offer a provisional theory of social solidarity which has at its basis a critique of egoic subjectivity and bourgeois ideology found in discourses of the (Western) subject and its socio-Symbolic representation.

Such a critique is guided by the Freudian and Kleinian psychoanalytic model of subjectivity (comprising both conscious and unconscious systems), and in terms of signifying practice, by the Lacanian structuralist developments of psychoanalysis. I trace these threads in and through Kristeva’s theory of signification to foreground a conception of socio-Symbolic subjective representation that is not predicated upon an egoic identity, alone. This offers a novel way to think being-with as structurally fundamental and always already inscribed in the very processes of subject formation and signification. By showing how language and subject formation are predicated upon a dual signification and dyadic psychic-structure, respectively, I reveal how such structures—as dual processes—open up other ways of enframing the world. The concern for the o/Other reveals these as grounded in what I call the “anterior negativity” of the relation to the Other, thereby inscribing the subject into socio-Symbolic structures that are neither linearly determined nor exclusionary. Such negativity is therefore foundational of the position of social relationality I contend grants the possibility for a subjective-Symbolic theory of social solidarity, operative from within the very structures of representation.