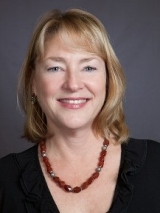 Joyce Goggin is a senior lecturer in literature at the University of Amsterdam, where she also conducts research in film and media studies. She has published widely on gambling and finance in literature, painting, film, TV, and computer games. Her most recent work includes The Aesthetics and Affects of Cuteness, a co-edited volume forthcoming with Routledge, and an article on Las Vegas in film entitled “Opening Shots and Loose Slots” for Screen. Dr. Goggin’s on-going research focuses on casino culture, Las Vegasization and public debt, gamification, toys and games, and the entertainment industries.

My presentation will address specific aspects of what drives the new online gambling and digital gaming economy, including the injection of narrative or backstory into gaming interfaces and the role of aesthetics and affect in producing gaming subjectivities. As Dow Schüll (2012) and others have argued, the nature of gaming interfaces and behaviors underwent a major shift in the 1990s with various technological innovations (heightened near-miss effects, olfactory and ergonomic engineering, etc.) and with these changes, gaming and gambling became focused on the zone – either helping people get into the zone, or holding them there – rather than on the vicissitudes of chance, big wins and big losses. In light of these observations, I will discuss how the nature of what we describe as addiction has changed over time, and with it, the nature of gambling and gaming. In so doing, I will also discuss how gambling operators and the digital game industries are repositioning themselves to meet new markets and global competition.