We work to provide a work environment for all academic staff that accords with applicable collective agreements, provides necessary training and support, and handles conflicts in a fair, collaborative and transparent manner. 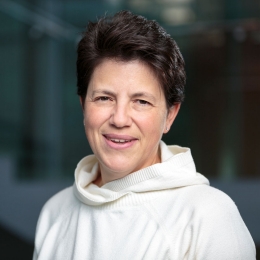 Nadia Hardy assumed the role of Deputy Provost in 2021 after two years in the position of Interim Deputy Provost, and has held the role of Vice-Provost, Faculty Development and Inclusion since 2016.  She joined the Office of the Provost after serving as Chair of the Department of Mathematics and Statistics from 2014 to 2016.

Nadia came to Concordia as a doctoral student in 2005 and became a full-time faculty member in the Department of Mathematics and Statistics in 2009. Her research focuses on mathematics education at the post-secondary level from anthropological and institutional perspectives. She is an active supervisor of doctoral and master’s students.