A new longitudinal study by researchers at Concordia and Princeton universities will look at toddlers in bilingual households and how their exposure to two languages affects their development as they age.

The five-year, $2 million study is funded by the Eunice Kennedy Shriver National Institute of Child Health and Human Development in the USA.

Titled “Navigating two languages: Effects of everyday language switching on bilingual infants and toddlers,” the study will be led by Krista Byers-Heinlein, associate professor in the Department of Psychology and the Concordia University Research Chair in Bilingualism, and Casey Lew-Williams, associate professor in Princeton’s Department of Psychology.

Unlike most other studies that compare bilingual kids to monolingual ones, this one will compare two groups of children who are growing up bilingual but learning different languages.

The primary goal of the study is to understand how bilingual infants and toddlers learn two languages in the context of everyday switching across sentences, conversations, and people.

The researchers will test the children at 12, 24 and 36 months of age using eye-trackers to measure their word comprehension and language processing. 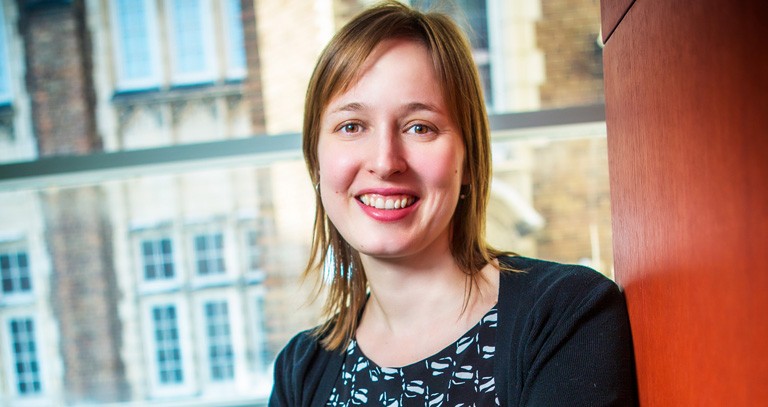 The researchers will also equip the toddlers with wearable digital audio recorders that can record up to 16 hours of their daily routine, including the languages spoken in their homes. This will give the researchers insight into who was speaking which language, how often each language was spoken, and how often the languages were switched.

“It will just describe their environment,” says Byers-Heinlein. “We have very little actual data on what that looks like and how that changes as kids grow up.”

Byers-Heinlein and Lew-Williams hope the study will help them understand more about growing up bilingual, the different paths toward bilingualism, and ultimately the best ways to promote positive developmental outcomes for children exposed to two languages.

Find out more about the Department of Psychology at Concordia.