New documentary takes timely look at the crossroads of women, leadership and cinema

For nearly a year, the #MeToo and Time’s Up movements have dominated media, popular and scholarly conversations. Now, two high-profile feminist filmmakers at Concordia have put their timely stamp on this important topic.

The documentary is the first film collaboration between Dionne and Maule, and their complementary skill sets became evident during production.

Dionne is an experienced filmmaker who has been working in the industry for more than 20 years; and while this was Maule’s first production, her background in film studies naturally led to interviews with feminist academics, preservationists and archivists.

In making a film about the challenges women filmmakers often face, the duo encountered hardships themselves.

Students helmed many aspects of the project, from colour correction and design to translation.

Julie Brousseau, the film’s post-production coordinator, worked extensively on the project from the end of her undergraduate degree and into her master’s. Her hard work is just one example that demonstrates how important Concordia students were in making the film a reality.

Brousseau, who received a Concordia Undergraduate Student Research Award to work as the film’s coordinator, says what she gained from this project goes beyond experience or new skills.

“I kind of grew through it. When I started with them, I was not a feminist, and when I finished, I was,” she says. “Now I’m researching women’s work and LGBTQ representations in animation.”

Both Dionne and Maule acknowledge that they never could have completed the film without funding from Concordia, as well as departmental support and facilities. Maule also notes that she and her colleagues have benefited from many internal grants from the Mel Hoppenheim School of Cinema over the years.

“We greatly appreciate the faculty’s help and the dean’s encouragement,” she says. 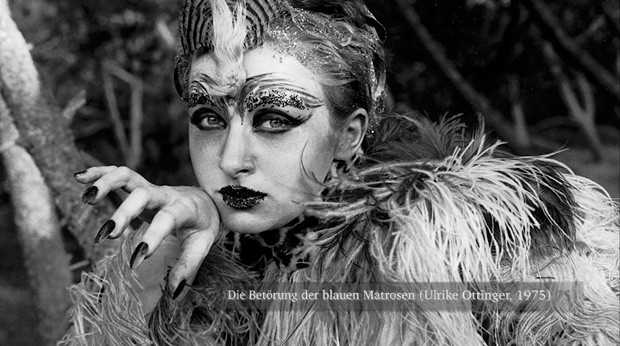 The film recently had an advance screening at the iconic Créteil International Women's Film Festival in France, and a world premiere in Seoul, South Korea, at a conference organized around the #MeToo movement.

The North American premiere at the Cinémathèque québécoise is part of the theatre’s summer program, which looks at the history of cinema through 100 films made by women. The theatre will screen the documentary six times throughout July and August.

For the filmmakers, the transformative journey of this project affected them greatly.

“Sometimes you feel isolated and alone in research around women,” Dionne says. “We realized in making this project that what we were doing was very important, and women need it. It gave us courage to keep going in that direction.”

And in spite of the difficulties, she adds, “everybody has so much hope for the future. So the film ends with this note.”

Contemporary Women Filmmakers: The State of Things / Les réalisatrices contemporaines : L'état des choses runs July 8, 10, 19 and 25, then August 5 and 17, at the Cinémathèque québécoise.