ARTH 450 Advanced Seminar in the History of Art & Architecture: High Renaissance and Mannerist Art in Florence 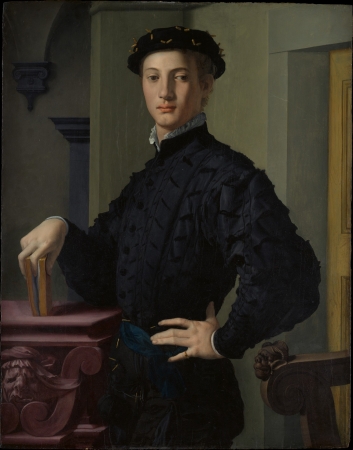 This course will explore the art of painting and sculpture created in Florence, Italy, from the end of the fifteenth century, through the sixteenth century, during which time the “High Renaissance” style flourished, followed by “Mannerism”. Florence is the location that is perhaps most deeply associated with the concept of the Renaissance and the revival of Classical Greek and Roman art. The city played an important role in the training and development of the three artists most identified with the culmination of the High Renaissance and the order, grace and balance of the Classical style: Leonardo da Vinci, Michelangelo Buonarroti, and Raphael. Following the achievements of the High Renaissance, the style now known as Mannerism emerged, a style that has been described as self-consciously stylized, eccentric and anti-classical. Focusing on the artistic production that happened in Florence, this course will examine a range of topics that illuminate the culture of this period, including: the political changes and upheavals that resulted in the reign of the Medici Dukes; the emergence of a literature on art that established principles and theories of art-making; the establishment of art academies; the impact of the Reformation (and the subsequent Counter-Reformation) on art production. This is a seminar course that will place a strong emphasis on readings, discussions and presentations. Students will also have the opportunity to develop a longer research paper on a work of art from this period.