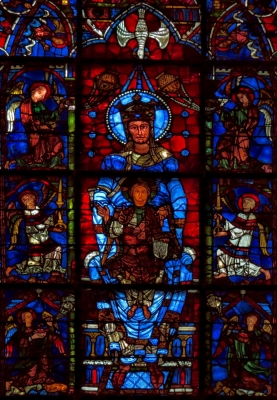 Offering an introduction to medieval art and thought, the course focuses mainly on the medieval intellectual revival, Christian imagery and architectural forms. It explores the origins of the development of Christian art and architecture from the reign of Constantine through to the Carolingian, Romanesque, and Gothic periods (ca. 300 to ca. 1400). Concerned with questions of patronage in the courts of Constantine, Justinian, Charlemagne, Louis IX, and Henry III, the course also examines the notions of audience and “the artist”. The visual products and technologies of the Middle Ages (sculptures, architecture, stained glass windows, illuminated manuscripts, ivories, paintings, etc.) are discussed within vernacular, textual, and theological frameworks. The church building is presented as a total work of art, which integrates sculpture and other artistic media within architecture. In so doing, the course acknowledges broader ideological systems present in Mediterranean societies. It also briefly introduces feminist, Marxist, semiotics, formal, and iconographical analyses, as well as digital humanities methods in its discussion of art and architecture.

Finally, the course allows for a more global understanding of the Middle Ages, which are everything but “Dark Ages.” The centuries spanning early Christianity through the late Gothic period saw ever-changing confluences of ideas and cultures that, despite political and religious conflicts, precipitated the development of monasteries, universities, guilds, and the emergence of early European states. In this perspective, the study of medieval art and architecture must be considered as an important foundation for the study of subsequent artistic periods in art history up to our contemporary era.