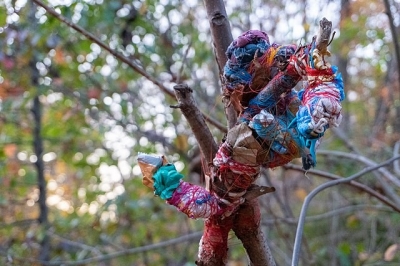 A hybrid is created by intermingling heterogeneous sources and is understood as something composed of elements of different or incongruous kinds. Hybridity has become a key concept in postcolonial studies as well as being closely aligned to interdisciplinarity, and even so-called post disciplinary practices in craft and art. In this course we will explore the notion of hybridity in twentieth-century textile art through four themes: cultural crossovers, textile reclamation and reuse, fine art/ craft transgression, and the expanded concept of fibres in art. We will investigate various nuances of hybridity that emerge within the context of the objects and productions we encounter, drawn from seminal Canadian and American works and others from around the world. Specific topics, among others, to be addressed include hooked rugs, Bauhaus weaving, basketry, quilts, the Lausanne Biennial, Métis beading, off loom weaving sculptures, architectural textiles, and textile art as performance.