The Lloyd Carr Harris Foundation extends its funding another five years for Concordia’s Centre for the Arts in Human Development
|
By Joseph Leger
Source: Advancement and Alumni Relations

When Cynthia Wells, chairperson of the Lloyd Carr Harris Foundation, first visited Concordia’s Centre for the Arts in Human Development (CAHD) 19 years ago, she was deeply moved.

“It was early on and they were struggling to keep the doors open,” says Wells. “I had so much admiration for the work they were doing with people with all different sorts of needs, whether it was physical or intellectual, and there was no one else in the Montreal area doing the same thing.”

Located on the Loyola Campus, the CAHD is a program unique in Canada that provides creative arts therapies — art, drama, music and dance/movement — for adults with special needs. It operates under Concordia’s Department of Creative Arts Therapies within the Faculty of Fine Arts.

Every two years the centre accepts 20 adults with a range of special needs into the three-year program. Therapists help participants improve their autonomy, self-confidence and social skills and enhance their overall quality of life.

Wells was first introduced to the centre through her sister, whose daughter has special needs and was enrolled in the CAHD program. At the time the centre had only been open for two years. It had little funding and remained in operation largely thanks to the hard work and determination of Lenore Vosberg, the centre’s co-founder and the current director of Clinical Services and Public Outreach.

“She’s an amazing woman,” says Wells. “And it’s her dedication that has kept this thing going for all these years. I think most people would have given up.”

Vosberg acknowledges the early days were difficult, but she credits the CAHD’s survival on the support of the Lloyd Carr Harris Foundation. “I’ve had to show determination to keep this program in operation,” she says. 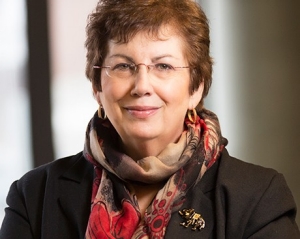 Lenore Vosberg is co-founder of the Centre for the Arts in Human Development and current director of Clinical Services and Public Outreach.

“And there have been periods of uncertainty. Yet the Lloyd Carr Harris Foundation has been our major supporter for all these years. Without their belief in the work we’re doing we would not exist today.”

When Lloyd Carr Harris died in 1993, he willed his assets to be used to start a charitable foundation. “Lloyd Carr Harris, who was my partner for 19 years, wanted the proceeds to go to medicine, education and music,” says Wells.

“They [CAHD] were training people in art therapy and they were helping the community at large. I just couldn’t see a downside to the whole program. There it was: music, education and medical work all in one. So it was a no-brainer from my point of view.”

The foundation began supporting the CAHD in 1998. In 2017 it renewed its commitment for another five years. “We are so thankful for their generosity,” Vosberg says.

For more than two decades the CAHD has produced research on a variety of topics. “We’ve been doing important research that has a direct impact on the community,” Vosberg says.

Its research has focused on the benefits of creative arts therapies on the communication abilities of participants, the value of drama therapy on social skills for children on the autism spectrum and the effectiveness of dance/movement with people diagnosed with Parkinson’s disease.

The centre also has a mandate to provide educational opportunities, which it does through internships for graduate students enrolled in Concordia’s Department of Creative Arts Therapies and Department of Education.

Interns are given clinical training with onsite supervision from professional arts therapists. Many of the therapy sessions are led by graduate students, providing them practical clinical know-how. 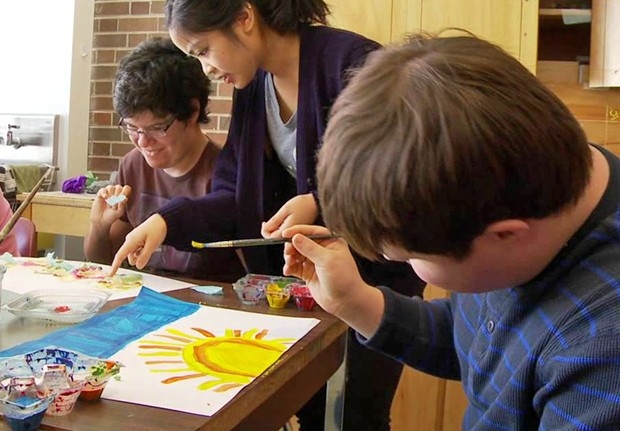 Art therapy sessions are often run at the Centre for the Arts in Human Development by graduate students who benefit from hands-on clinical experience working with adults with developmental disabilities.

There are various volunteer opportunities for students and Montreal-area residents who want to participate in this special program while gaining experience working with adults with developmental disabilities.

The centre also holds public performances, art shows and concerts featuring the creative talents of the program’s participants as part of its outreach and fundraising efforts.

Since its opening, the CAHD has helped more than 250 people with special needs. Vosberg says the program has a significant positive impact on the participants and their families.

“It’s very rewarding because we see improved self-esteem, self-confidence and interpersonal skills,” she says. “We also see positive impacts on the families and across the board with our staff, volunteers and students. We’re offering important, life-changing services to the community, and they’re services that no one else is providing.”