A life of learning

Irene Steiner, BA 75, BA 11, BA 17, can be forgiven for resting on her laurels. Her 2017 BA is her third bachelor’s degree from Concordia. She also earned a BA in history and French literature in 1975 and a BA in English in 2011, and published her autobiography in 2014. She is now 88 years old, and her life is a story of overcoming hardship. 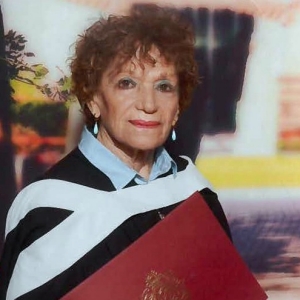 Irene Steiner at her convocation ceremony at Montreal’s Place des Arts on June 5, 2017

Steiner’s career in education got off to a rocky start. She only got as far as grade five before the Nazis invaded her native Hungary. Steiner is Jewish but she stayed out of the Nazis’ hands with the help of a Zionist underground group, which saw to it that she was labelled a Christian.

By 1946, the war was over and Steiner was part of a group determined to migrate to Palestine. “We took a train west and said we were from Czechoslovakia. We came to a camp run by the Russians in Austria,” which was then occupied by the victorious Allied forces, she says.

“We walked to the Alps and came to British territory in Austria. The British said that we could go to any country we wanted but not Palestine.”

The crossed they Alps on foot into Italy. From there, they boarded a ship on the way to the Promised Land.

When Steiner arrived in what is now Israel, she joined a kibbutz and lived there for two years. “We worked in the morning and studied in the afternoon,” she says. She married a man whom she met on the boat ride, and they had two children together. In January 1952, the family immigrated to Montreal.

Steiner’s marriage lasted 20 years. Unhappy, she consulted with a psychiatrist, who asked her what she enjoyed doing. For Steiner, the choice was clear.

She enrolled in night classes at Sir George Williams High School, taking math, history and English. After a year, the principal took her aside and told her that with her grades, she should be going to university. “I was surprised,” Steiner says. “I didn’t realize I could do that.”

She applied to Sir George Williams University, one of Concordia’s founding institutions. Yet Steiner had concerns about attending university as a mature student. “I had a self-imposed condition: if I failed even one course, I was out,” she says.

She need not have worried. Steiner continued to do well and graduated in 1975 from the newly merged university. “I went to my guidance counsellor [at Concordia] unaware of what to do,” she recalls. “She said that I could teach.”

Steiner returned to Israel and taught there for 22 years, and capped off her retirement with a Teacher of the Year award.

A passion for education 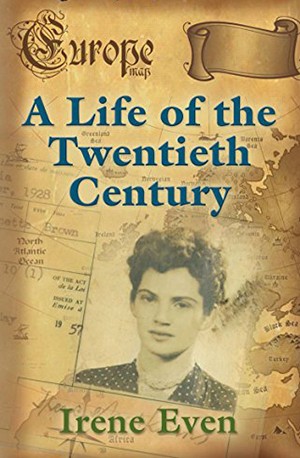 Steiner returned to Montreal, where her children still live — her son is a professor at Université du Québec à Montréal and her daughter is an artist. She wrote a book based on her life, A Life of the Twentieth Century (2014), in which Concordia features prominently. The university is a “foundation” of her life, she says.

Steiner realized that “I have to do something” after she completed her book. She still was not finished with her career in learning. She applied for a second bachelor’s degree, this time in English, and was accepted to return to Concordia 33 years after her first graduation.

“After I finished, I did not go to my graduation, because I knew I had to move on,” Steiner says. She began her third bachelor’s just two years later.

She especially enjoyed Philosophy of Human Rights, the last course she took.

Steiner didn’t mind being a student subsequently to being a teacher. After making some observations in class, one of her professors jokingly suggested that she sit in the professor’s chair. “I’ve done that,” she pointed out.

When asked about the difference completing a degree in the 1970s and earning one today, Steiner says that contemporary courses are more “demanding” and require students to be “more precise.”

A lifetime teacher and learner, Steiner clearly appreciates the value of education. She encourages students to do the same. “It’s not only what it gives you but what it makes of you.”