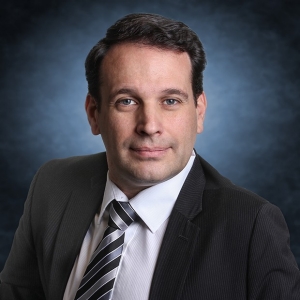 Eric Peissel is a transportation buff who oversees a team of 22,000 in his role as global director of transport and infrastructure at WSP Global, a Montreal-based engineering firm excelling in consulting and strategic advisory work.

Peissel joined the firm as a project manager in 2001, when it had fewer than 400 staff. Since then, he has grown with the company, which now counts 55,000 employees and is projecting a net revenue of more than $8.25-billion for 2022.

"I like to joke that we’re Quebec’s best-kept secret," Peissel says.

To cultivate his transport and infrastructure team — the company’s biggest sector — Peissel uses an open-door approach.

“Taking every opportunity afforded to me, and asking, ‘What can we do better?’ I’ve always had a management style where I like to put people first."

“In 2006, we led a multinational pursuit involving Bombardier and VINCI Construction France that connected cities on the Island of Trinidad with a rapid transit train. At the time, we had never done a project of that scale and scope before. We were a mid-size firm and I was relatively junior in terms of experience. I’m proud of being a trailblazer and representing the company at such a young age.”

“I’ve been enthralled with transportation since I was a kid and I’ve been doing it ever since. I take a lot of pride in putting teams together to deliver our projects.”

"I filled a gap with a course on urban planning when I was looking at business and other disciplines. It was complete luck. The material spoke to me — it sucked me in. Urban studies looked at the city from a multidisciplinary perspective."

"John Zacharias, then director of Concordia’s Urban Studies program, ran workshops on real things happening in Montreal. He was passionate and always encouraged his students to go out and see the city."

“Promote your people, push their development and be their cheerleader. Don’t override your team and they’ll offer up their best.”